The dream of building a new city for the future on a clean slate, with the purpose of promoting research and experimentation alongside integral development, has been attracting architects and students of architecture from all over the world ever since Auroville´s inception in 1968. Not having pre-defined by-laws or being bound by the conventions of human society has allowed a multitude of expressions to manifest in the course of Auroville´s development, as natural extensions of the quest for the new.

The architecture expressed by the dreams and aspirations of a nation or a community stand as an expression of its core values in matter and the multiplicity of styles and typologies found in Auroville reflect the socio-economic, cultural, ideological, ecological and climatic factors that have shaped us over 3 decades. They present a visual history of our development and evolution for all to see.

Experimentation in building done in Auroville covers various aspects of architecture, and includes building materials, building technology, eco-friendly architecture, climate responsive designs, integration with natural surroundings, cost-effective buildings, geomancy and geometry, as well as the design of spaces themselves, including experimenting with the lifestyle of the user. There has also been spillover into the design and management of building infrastructure, the building of integrated rainwater harvesting systems, domestic waste water treatment plants and the integration of renewable energy systems for energy demands.

The buildings of the first decade, which was our veritable pioneering stage, adopted the vernacular building materials of casurina, keet, palm leaf and thatch. The builders took these materials of construction to high forms of self-expression and imagination, and worked in close interaction with the local artisans. The large 'Aspiration' settlement is a lively proof of the durability of experimentation done at the time.

At the same time, the push to experiment for 'community living' as a step towards the future city, gave rise to 'Auromodèle', which area still remains an architectural exposition of forms and shapes that break the mould of the conventional principle of 'four walls and a roof' habitation. These beginnings provoked a creative revolution in the self-builders of the 70's and the early 80's in experimenting with building materials, technology, design and life-styles.

One of the results of this period was serious applied research, and the last decade has seen considerable advances in ferro-cement technology for roofs and interior fittings as well as compressed earth blocks for load bearing structures, some of which have won national design awards and significant grants-in-aid from agencies that support these innovations.

Some descriptions of houses

In order to give you some idea of Auroville's architecture, we offer descriptions of some of its houses and buildings, and will continue in future to do so. The range of expression is immense.

Though dissimilar in aspect, each of the described houses establishes a strong relationship with the environment, with nature, - each on its own terms. 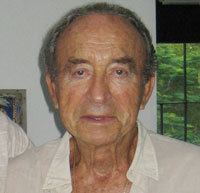 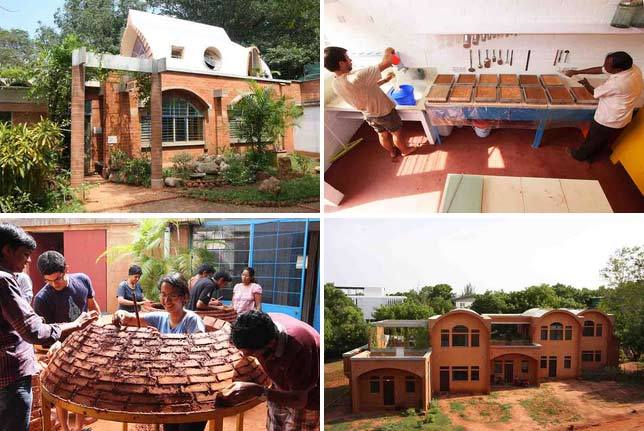 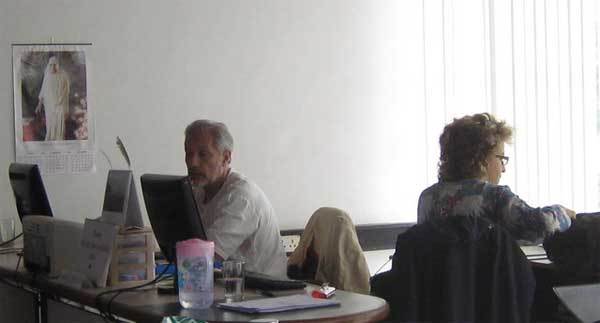