Innovating in a Village School: Udavi, a Case Study 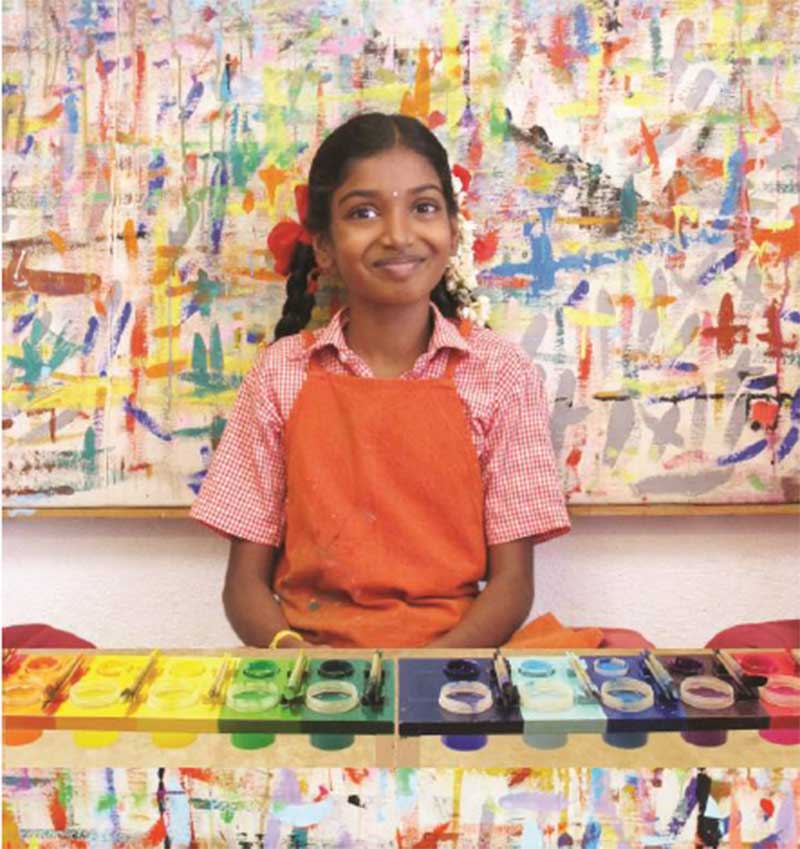 In 1999 the Sri Aurobindo International Institute of Educational Research (SAIIER) took over the management of Udavi school in Edaiyanchavadi, a village bordering Auroville. Sanjeev, who became Udavi's co-director, describes his experience of the last eight years. This experience is very representative of the difficulties but also the promises that lie in a new educational approach.

Udavi Gentillesse School was one of the first schools started in the Auroville area, on the outskirts of Edaiyanchavadi village. Presently it has two hundred and seventy students from the age of three to matriculation (10th standard). Studies are conducted in the English medium. Students also study Tamil and some opt for French as a second language in the sixth grade. There is an almost equal mix of boys and girls and most of them belong to Edaiyanchavadi village.

When SAIIER got involved, the school was like most other Indian schools, the only difference being that once a week there were creative activities. There was a daily sports program and a morning assembly dedicated to prayer. The stress was on rote learning. The redeeming factor was the kindergarten section where teachers prepared innovative learning games and used them in the class.

The physical environment of a school plays an important role in the education of children. Udavi is blessed with a very big school campus with a large number of beautiful trees. But the boundaries of the school were poorly fenced: goats, cattle and thieves easily intruded. This changed when we created a compound wall around the entire campus protecting the area. After we trimmed and cut a few trees, a clean and beautiful environment was created which stimulates the aesthetic sensibilities and nurtures the inner being of the children.

A major challenge was to change the system of education. When SAIIER took over, exams were held every month to check on how well children had studied. Children were always walking around with books memorising their lesson for the pending exam. We considered this contrary to all that Sri Aurobindo and The Mother stand for.

The first thing we did was to stop all the exams. This brought a furious response from the parents who could not understand why this was being done. After some meetings with the parents and their representatives and by way of compromise it was agreed that a mid-term and a final exam would be held and that report cards would be issued to the parents so that they could see how their children were doing in their studies.

The next change we introduced related to the curriculum. It was a school tradition to follow certain text books in every subject starting from second standard. The teachers would cover the course by simply going through the books with the students; this was their whole work.

Fortunately the situation changed. Many teachers trained in the traditional methods secured government jobs and left. We replaced them with teachers who had been trained differently. A number of teachers from Mirambika joined, a school dedicated to free progress education which has an extensive teacher training component and is part of the Delhi Branch of the Sri Aurobindo Ashram. They use the ‘project method' at all levels of schooling except for the ninth and tenth grades, at which time the focus progressively shifts to preparing for the State Board exams. Through the ‘project method' children start taking responsibility for, and finding interest in their learning. In this way we did away with the traditional textbooks.

Once again there were objections from the parents. They could not understand how learning could take place without these books. Many parents offered to pay for the books, thinking that we were trying to save money by not buying them for the students. Some even complained they would go to the School Board authorities to complain, as what we were doing ‘was not permissible'. Fortunately the matriculation system gives a lot of freedom to the school to teach the subjects in the way the school wants until the 10th grade level when there is a prescribed curriculum to follow. We did not compromise and explained to the parents the reasons for what we were doing.

The next difficulty came in relation to crafts. As part of the integrated learning program, we introduced many crafts like carpentry, clay work, tailoring, and electrical work. Once again, there was a lot of resistance from the parents. They said that they had not sent their children to the school to learn things like that. Also the children felt that they had not come to school to learn manual skills. Other schools do not do it, so why should they have to?

We had also invited the children to take responsibility for the maintenance of the school and participate in the cleaning of the school compound and watering of the plants and here too there was a great resistance. Once again we did not compromise. We discussed the issues with the parents explaining why we did this and the positive benefit of this education for their children. Slowly the resistance lessened.

About three years ago we identified certain students who were academically weak. We felt they would not have the capacity to prepare for the matriculation exam and that we would be forcing them to learn subjects in which they were not really interested. We invited these students to follow a different scheme of education where they could learn things that they really wanted to learn and also master some manual skills so that they could prepare themselves for their future working life. Six students joined reluctantly. The parents opposed the scheme vehemently but accepted only when faced with the alternative that their children would have to leave the school as they had been regularly failing to secure pass-marks in the examinations. However, these six students found themselves stigmatised in the school and the other students considered them dull. They also started to think of themselves as inferior. This programme had to be dropped under the cumulative pressure of these attitudes.

It became clear to us that we had to deal with the attitudes of students who believed that education is all about passing examinations and ultimately getting a certificate, which will allow them to take the next examination, the next certificate, which will enable you to secure a good job. It has taken us a long time – and we cannot say that we are fully successful in our endeavour to change this belief. We introduced the idea that there is a value in many things apart from doing well in examinations. The idea that different students are good at different things like games, athletics, gymnastics, clay, tailoring, or carpentry or that there are students who have a spirit of adventure or are good in music, dance, painting or theatre has been fostered in our school by giving a good amount of time to these activities and properly honouring the achievements in all these areas. Slowly the children are experiencing another meaning of learning and going to school. They experience learning as joyful and as making some progress in themselves. They learn the art of concentration and the need to make an effort and persevere if they want to progress. They begin to have a relationship of trust and friendship with their teachers.

The students understand now that the school is meant for them and that it is not possible to live and work here without a basic collective discipline. What follows from this is that the students now discipline themselves and there is almost no necessity for teachers' supervision. This has come as a great relief as the school campus is very large and to supervise every corner of it is next to impossible.

One of the handicaps the village children face is their lack of exposure to a lot that is going on in the world. The introduction of DVDs and cable T.V. has made some difference, yet what they see on the screen is not part of their life in a living way. Their attitudes tend to be narrow, their concerns very limited and their aspirations, if any, are determined by the films – wanting to be a doctor and help the poor – which wear off quite soon. We have used the morning assembly to introduce many new types of ideas and people into their lives. Interesting personalities from the Ashram, Auroville and Pondicherry have addressed the students. People from different cultures have presented special features of their culture. Serialized versions of the Mahabharata, Ramayana, the Bible and Krishna's stories. We have discussed issues as they come up either in the village, the country or the world. And students have presented their work to other students and answered their questions. We have practiced making their minds quiet for a progressively longer time. In this way the morning assembly of about twenty minutes has been used to enhance their sensibilities.

We also observed that the children were not eating properly. The lunch they brought was, in most cases, very meagre and their diet was not balanced. For the last year and a half we have provided lunch to the school children. They also receive a morning snack and an evening snack. We find this a basic necessity in the context of a poor village like Edaiyanchavadi.

The effort to bring the educational principles enunciated by Sri Aurobindo and Mother to the village children has been rewarding and fruitful at one level but frustrating at others. During the first ten years in school the children begin to flower and with proper observation and guidance are nurtured in the direction of their swabhava (their unique path). But this changes as soon as learning starts for the State Board exams. Then the students are pressured to learn only a few subjects by rote, to be literally reproduced at the examination. This precludes the possibility of experiencing and understanding this knowledge. It is unfortunate that we have to subject our students to this.

But our hands are tied as any effort to de-link ourselves from the State Board examination will make the school and its program quite useless in the minds of the parents and they will remove their children from the school and put them in some other school offering certificates of the recognized boards. The gains of the first ten years still justify the problem of the ‘exam years' at the school. It has been observed by many who visit the school that the children exhibit openness, have a capacity to think for themselves, are able to express themselves in English quite well, and are capable of taking up responsibilities. All these achievements are quite unusual for village school children.

We can only hope that the possibilities of a free progress system of education will be available to students in India in the near future, and that a united plea is made to the government to do away with standardized tests and make the syllabus flexible to suit the genuine and diverse needs of the students. 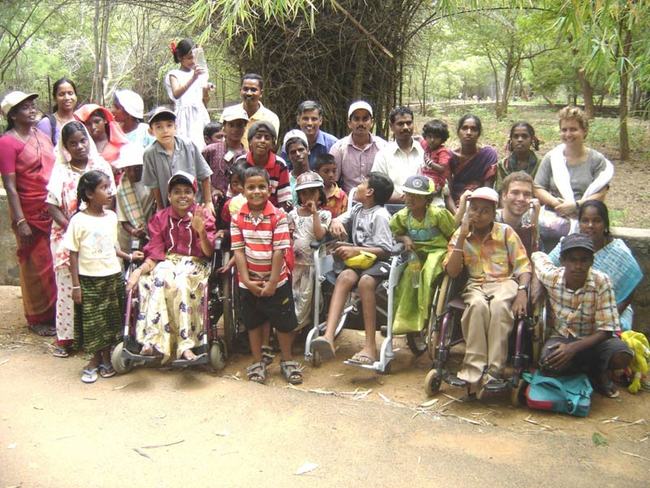 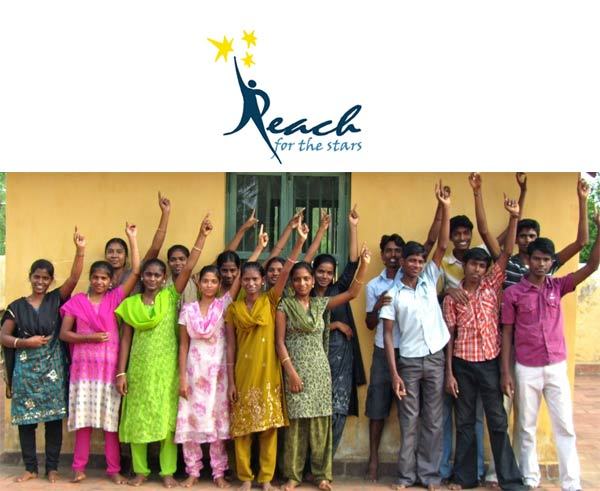 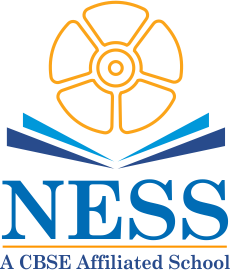