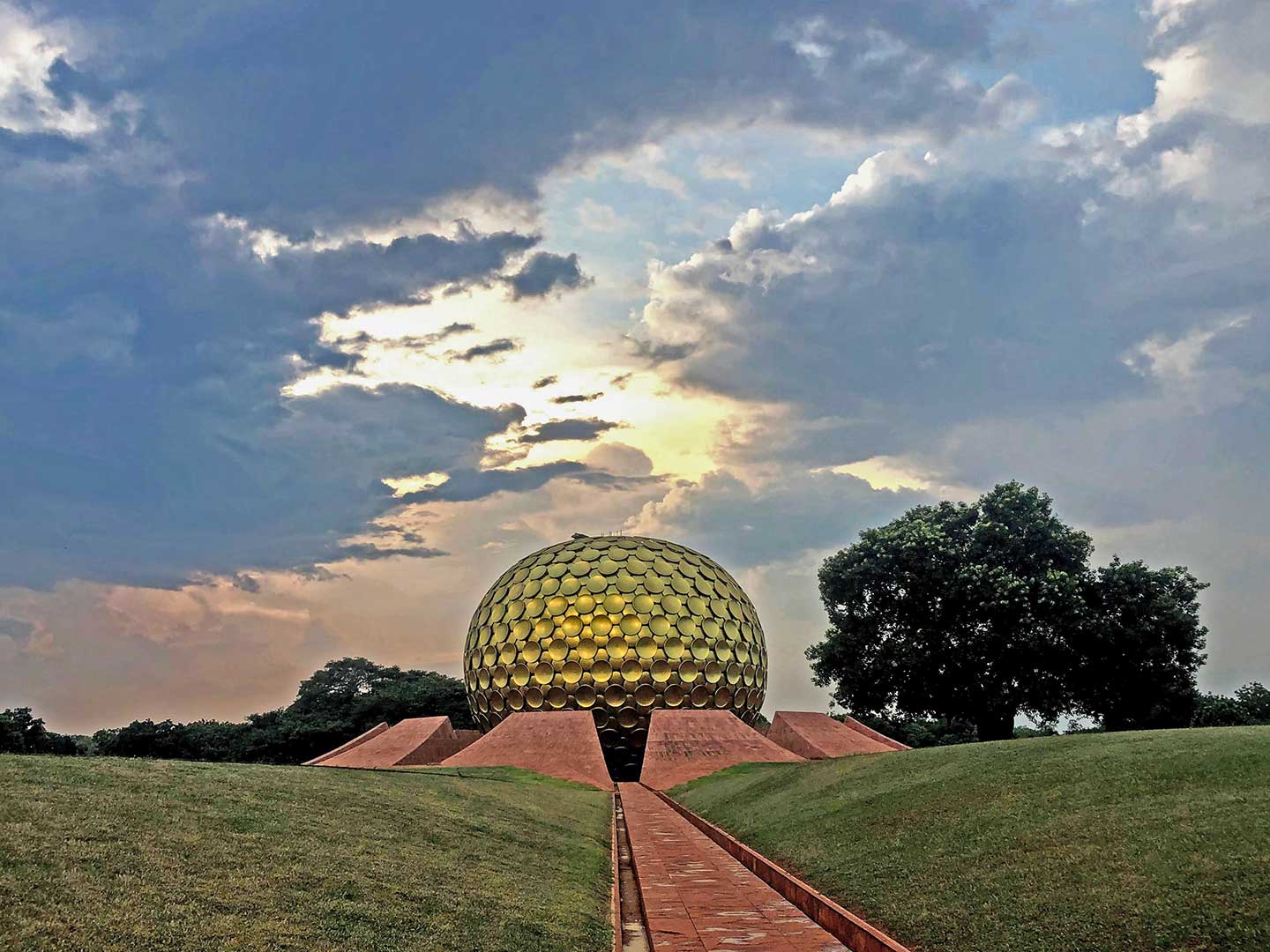 I must say that it is far from my purpose to propagate any new religion, new or old, for humanity in the future.  A way to be opened that is still blocked, not a religion to be founded, is my conception of the matter.

It is not [Sri Aurobindo’s] object to develop anyone religion or to amalgamate the older religions or to found any new religion – for any of these things would lead away from his central purpose.  The one aim of his Yoga is an inner self-development by which each one who follows it can in time discover the One Self in all and evolve a higher consciousness than the mental, a spiritual and supramental consciousness which will transform and divinise human nature.

The spiritual life (adhyatma-jivana), the religious life (dharma-jivana) and the ordinary human life of which morality is a part are three quite different things and one must know which one desires and not confuse the three together.  The ordinary life is that of the average human consciousness separated from its own true self and from the Divine and led by the common habits of the mind, life and body which are the laws of the Ignorance.  The religious life is a movement of the same ignorant human consciousness, turning or trying to turn away from the earth towards the Divine, but as yet without knowledge and led by the dogmatic tenets and rules of some sect or creed which claims to have found the way out of the bonds of the earth-consciousness into some beatific Beyond.  The religious life may be the first approach to the spiritual, but very often it is only a turning about in a round of rites, ceremonies and practices or set ideas and forms without any issue.  The spiritual life, on the contrary, proceeds directly by a change of consciousness, a change from the ordinary consciousness, ignorant and separated from its true self and from God, to a greater consciousness in which one finds one's true being and comes first into direct and living contact and then into union with the Divine.  For the spiritual seeker this change of consciousness is the one thing he seeks and nothing else matters.

...I don't believe in advertisement except for books, etc., and in propaganda except for politics and patent medicines.  But for serious work it is a poison.  It means either a stunt or a boom – and stunts and booms exhaust the thing they carry on their crest and leave it lifeless and broken high and dry on the shores of nowhere – or it means a movement.  A movement in the case of a work like mine means the founding of a school or a sect or some other dammed nonsense.  It means that hundreds or thousands of useless people join in and corrupt the work or reduce it to a pompous farce from which the Truth that was coming down recedes into secrecy and silence.  It is what has happened to the ‘religions’ and it is the reason of their failure.

Letter sent to Auroville on 30.01.71 by the Mother because
they all have a false idea about propaganda and publicity.

The Mother on Matrimandir and Religions

For thousands of years we have been developing outer means, outer instruments, outer techniques for living – and in the end those means and techniques are crushing us.  The sign of the new humanity is a reversal of outlook and the understanding that inner means, inner knowledge and inner techniques can change the world and master it without crushing it.

Auroville is the place where this new way of living is being worked out, it is a centre of accelerated evolution where man must begin to change his world by means of the power of the inner spirit.

‘But to live in Auroville, one must be the willing servitor of the Divine Consciousness.’

It is the explanation of the Matrimandir at the centre.  The Matrimandir represents the Divine Consciousness.  All that is not said, but that is the way it is.

The Matrimandir will be the soul of Auroville.  The sooner it is there, the better it will be for everybody and especially for the Aurovilians.

About Matrimandir. In India the creation, that means basically the work of the Mother-Creator, has for centuries been considered as anti-divine. Sri Aurobindo has shown/taught that it is in Matter that the Divine must be manifested; he has insisted on the understanding of this concept of the Mother as Creator.

Matrimandir is here to teach people that it is not by escaping from the world while ignoring it, that they will realise the Divine in life.  Matrimandir must be the symbol of this Truth.  I don't want it to be made into a religion; with all my force I refuse.  We don't want dogmas, principles, ritual, absolutely not, absolutely not.

Q.: Why do we build Matrimandir?

For the great majority of Indians there is no need for an explanation; they know from their background; it is for the Westerners and the Americans of whom one in a million is able to feel that it is necessary.

Q.: Will the Force be more specially concentrated in Matrimandir?

The new Force works everywhere, especially in this room.  You feel it, don't you?  There is here a density capable of performing miracles, but few are able to feel it, to perceive it.  Sri Aurobindo and I have concentrated this Force on the whole town; it is palpable, perceptible as a very concrete perfume which penetrates, but one must be able to feel it, to receive it.  But no miracles as people would like to see; for them to believe, they need material proofs without which they deny.  Build Matrimandir; put in place my symbol and Sri Aurobindo’s and the suspended globe.  I take it upon myself to make it into a very powerful centre.  Only those who are capable will perceive it.

(Noted down by Roger Anger after a conversation, 07.71)

And let it not become a religion, for heaven’s sake!

You see, this is what I have learned; the failure of religions is because they were divided.  They wanted people to be religious to the exclusion of the other religions, and every branch of knowledge has been a failure because it was exclusive.  And what the new consciousness wants – it is on this that it insists – is: no more divisions.  To be able to understand the spiritual extreme, the material extreme, and to find the meeting point, the point where that becomes a real force.

We give the name religion to any concept of the world or the universe which is presented as the exclusive Truth in which one must have an absolute faith, generally because this Truth is declared to be the result of a revelation.

Most religions affirm the existence of a God and the rules to be followed to obey Him, but there are some Godless religions, such as socio-political organisations which, in the name of an Ideal or the State, claim the same right to be obeyed.

To seek Truth freely and to approach it freely along his own lines is a man's right.  But each one must know that his discovery is good for him alone and it is not to be imposed on others.

Auroville and the Religions

We want the Truth.

For most men, it is what they want that they label truth.

The Aurovilians must want the Truth whatever it may be.

Auroville is for those who want to live a life essentially divine but who renounce all religions whether they be ancient, modern, new or future.

It is only in experience that there can be knowledge of the Truth.

Get experience of the Divine, then alone will you have the right to speak of it.

The objective study of religions will be a part of the historical study of the development of human consciousness.

Religions make up part of the history of mankind and it is in this guise that they will be studied at Auroville – not as beliefs to which one ought or ought not to adhere, but as part of a process in the development of human consciousness which should lead man towards his superior realisation.

Research through experience of the Supreme Truth

A life divine but

Our research will not be a search effected by mystic means.  It is in life itself that we wish to find the Divine.  And it is through this discovery that life can really be transformed.

(a presentation by Gilles G.) 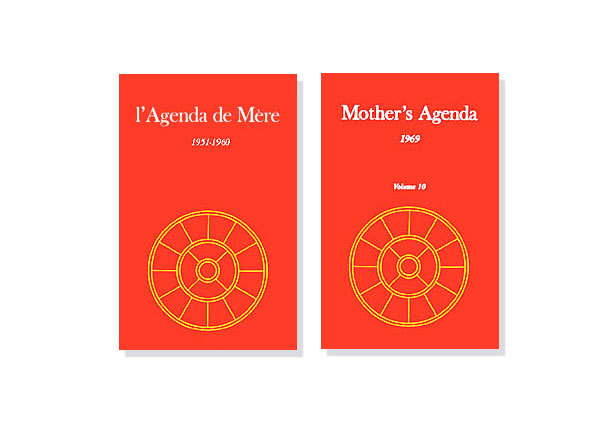