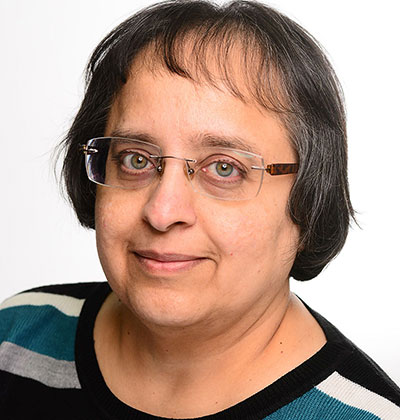 Kosha Shah first came to Pondicherry and Auroville in 1988, having graduated in 1984 as an architect from Mumbai. The experience changed the direction of her life as she left behind her career to serve at various Sri Aurobindo Ashram departments for some years and to study Sri Aurobindo's and the Mother's works. It was the beginning of a lifelong journey into the Integral Yoga. After some more turns in life, she founded the Sri Aurobindo Research Foundation in Vadodara from 1996-2001 whose focus was the social and political vision of Sri Aurobindo and the Mother including education and culture, while editing the journal 'Ritagni'. During that period, she organised workshops and seminars with a similar orientation like 'Aspects of the Constitution of India - Some Aurobindonian Perspectives', 'Education for Tomorrow' as well as hosted 'Savitri', a contemporary dance performance from Auroville.

In 2002, she joined Auroville formally and worked over the years with Sri Aurobindo International Institute for Educational Research (SAIIER) and Center for International Research in Human Unity (CIRHU) for various projects including the South Asian regional seminar 'Youth for Human Unity: exploration for new values through Inter-cultural and Inter-Religious Dialogue' as one of the main organisers as well as was a part of the Working Committee and Funds and Assets Management Committee between 2005-2006. She started the journal 'Ritam' under SAIIER which she edited from 2003-2007. From 2003-2005, she initiated a small study group 'Open Minds - a forum for discussion in the spirit of true intellectual enquiry'.

'India and the Future of South Asia' was published by Auroville Arts in 2007. In 2008, she moved to Brussels, Belgium to begin work on 'Evolving beyond Borders - The United Nations from the perspective of Sri Aurobindo's Philosophy'. This was published in 2012. While in Belgium, she also prepared an exhibition on 'Auroville - Towards Human Unity - From India to the World' along with Belgian friends of Auroville which have since travelled to many places in and around Belgium. She also brought together a small study group of interested people. She is currently continuing with her research and writing in Berlin, Germany.

and "Evolving beyond borders"
https://www.sabda.in/catalog/bookinfo.php?websec=ENGD-HA-065