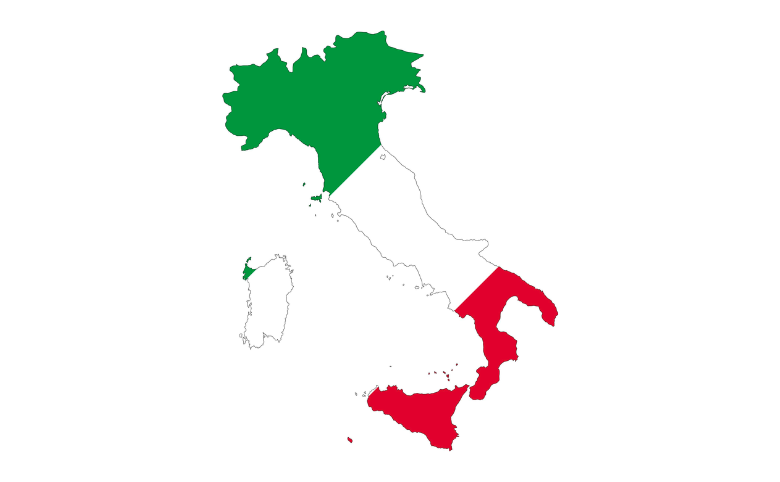 The Italian community in Auroville, with its some 170 members, is the 4th in quantity, after Indians, the French and Germans.

Italy's geographical form itself suggests the idea of a bridge: in the shape of a big boot walking across the Mediterranean Sea (the “Mare Nostrum = Our Sea” for the Romans), it appears to be reaching out from Europe to Africa, from the East to the West, from the North to the South of the planet.

Italy - A Bridge of Communication

In the centuries B. C., South Italy was the harbor for ships coming from Phoenicia and from Egypt to the west. In the second century B.C., South Italy was basis to Greek colonies, from where Greek culture, art and philosophy, through commerce, were spreading to the Western and Northern Europe .

The Roman Empire, in its positive aspect, was the main unifying factor of cultures, spreading from Egypt and Mesopotamia to Scotland, reaching out with its ships and commerce even as far as India, to nearby Pondicherry where a Roman settlement has recently been found.

Africa (and Carthage) were so close to Italy, that once the Roman senator Cato the Elder, during a debate in Senate, could show a basket of fresh figs ready to be eaten, which had been picked up in Carthage and transported by ship to Rome.

The government and administration of the Roman Empire was such that dominated countries would become part of the Roman citizenship, in that way Rome and the Latin world were incorporating such cultures as the Greek, the Egyptian, the Arabic, the French, the Spanish, the Britannic…

Even at the moment of the fall of the Roman Empire, Italy was again the bridge for the ‘barbarian” invasions by Visigoths, Ostrogoths, Huns, Vandals, Alans, from German–Slavian lands, for Saracens from South-East, Svevians and Normans from North.

In the middle ages, no more a big political power, Italy's Maritime Republics Venice, Amalfi, Pisa, Genoa, with their intense commerce with Near and Far Asia, were the link between West and East. At the same time the Amanuensis monks in their remote monasteries, were the keepers and propagators of the ancient cultures, lost after the destruction of the Alexandria Bibliotheque in Egypt .

Marco Polo was the first man to travel from the Venetian Republic to China and come back with a detailed report on the Far East habits and culture with his book “Il Milione”.

Being traditionally the residence of the Vatican State of the Pope and Christian religion, Italy was also the springboard for the Crusades by knights and soldiers coming from North-West Europe to Turkey , Israel and Jerusalem .

At the centre of all world communications, as world was intended at the times, Italy was the cradle of culture, literature, art, music and science.

Italian was the sailor Cristoforo Colombo who, with the financial and logistic support of Spanish queen Isabel, sailed from Portugal for “circumnavigating the globe” thus demonstrating that it was not a “flat plate” at the center of Universe, occasionally discovering America on the way… Other Italian explorers sailed after him, from Amerigo Vespucci who gave his name to America, to Giovanni and Sebastiano Caboto, Verrazzano, etc.

Although not being at the centre of continental power, Italy was traditionally the battlefield for states that wanted to expand their dominations, like Spain itself, Napoleon's France , the Austro-Germany-Hungary of the Kaiser, etc.

Even in the Second World War, Italy was the bridge and the natural aircraft carrier for the US Army to invade Europe from the south and definitively defeat Hitler's German Reich.

In its millenary history, Italy has been invaded or crossed by all types of foreign People and Cultures, from Greeks, Phoenicians, Saracens, Arabians, Spanish, US Americans from the South, Huns, Vandals, Normans, French, Austrians, Germans from the North…

Not only the tendency to navigate, to discover, to communicate, but the unsufficient resources have, in the course of history, pushed thousands and maybe millions Italians to emigrate, first to Northern Europe, then to the Americas , finally to Australia and to almost every country of the world.

Both the reaching out of Italy to the world, and the forcible acceptance of foreign dominations, has made of the Italian peninsula the cradle of a special, multicultural culture, today so unique in the beauty of its artistic remains for the enjoyment of the world.

The geographical beauty and variety of Italian landscapes, from the Alps firmly situated in Center Europe, to Sicily steadily immersed in the Mediterranean sea, passing through such jewels as Milano, Venice, Florence, Rome, Naples…, the temperate climate that allows wide types of agricultural cultivations thus allowing a great variety of dishes, not to talk about wines and oils and cheeses, have made of our country the favorite residence or tourist destination from all over the world.

Still nowadays, Italy is still, unfortunately in this case, the bridge for poor refugees from the underdeveloped East and the South of the World, to the wealthy North and West…

The Italian community in Auroville, with its some 170 members, is the 4th in quantity, after Indians, French and Germans.

Aurovilians of Italian origin have been and are part of the story of Auroville, of the Matrimandir, of the gardens the orchards and the forest, of architecture and city planning, of culture, art, research, sport, health, therapies, music, of restoration as it is in our tradition and, of course, communication…

In Auroville, despite not having yet, like almost all the nations present, its own official "pavilion" in the International Zone (being part of the temporary European Pavilion anyway), the Italian Pavilion has promoted many initiatives, exhibitions, concerts, art exhibitions, conferences, often with the support of the Consulate, the Italian Embassy and the Italian Cultural Institute in India. 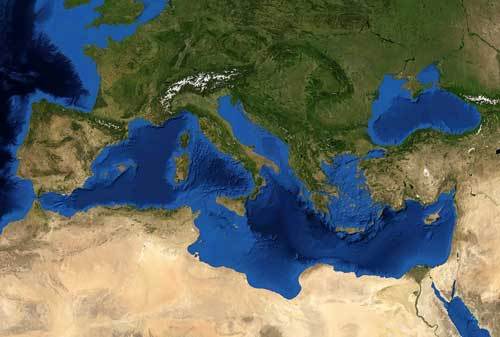