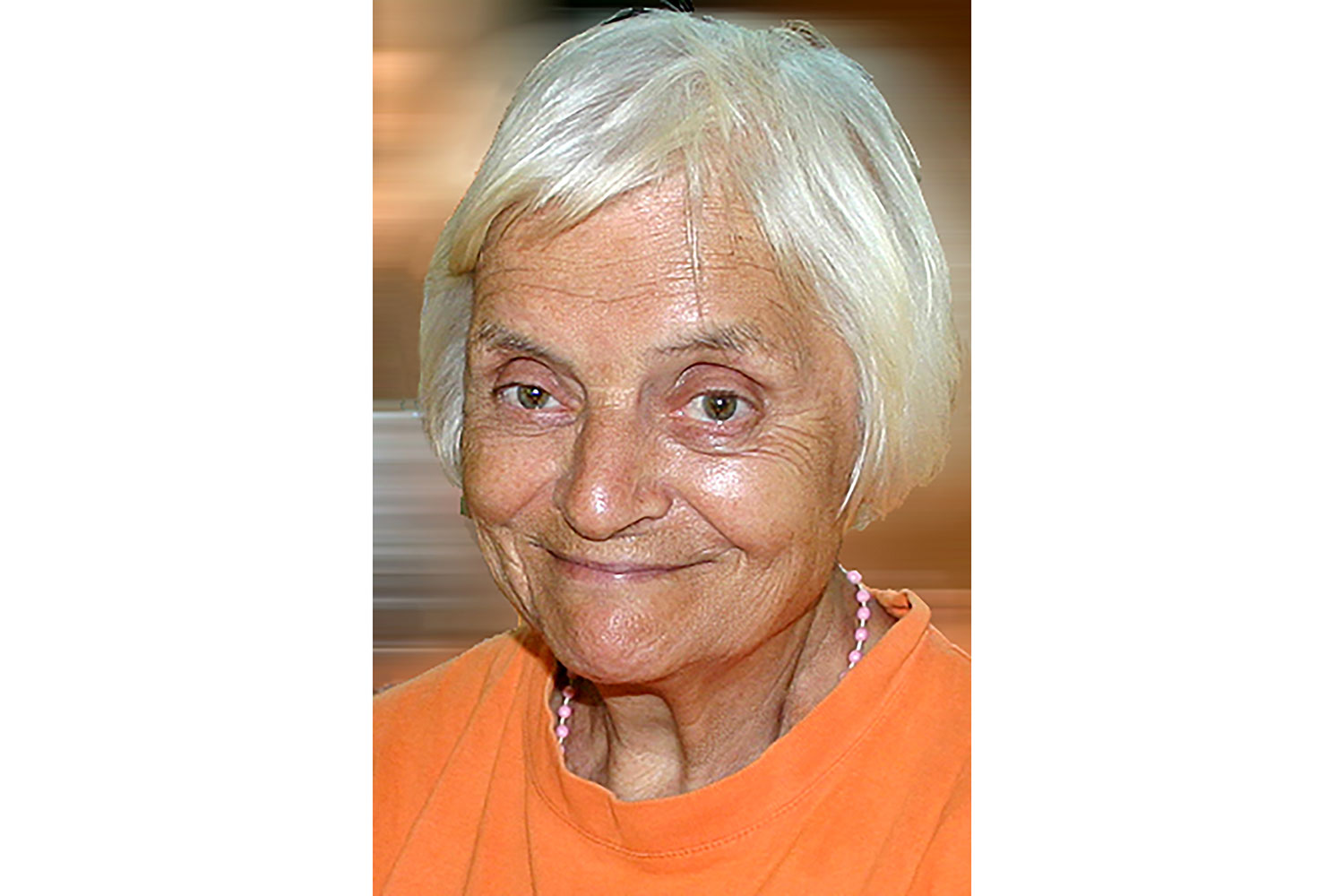 This is to inform the community that our long-term friend and sister Auroculture (Helga Ahy – born Pirk) quietly left her body today, 10 February, at Marika Home at 10.40 in the morning, with friends at her side. She was 86 and had been suffering a major stroke in November 2014 which left her partially paralyzed, with a weakened heart and hardly able to swallow. After this, various other strokes occurred, each leaving her more peaceful and ready. She eventually passed away due to aspiration pneumonia.

Auroculture, born in Vienna, Austria, came to the Ashram in 1971, having left her husband Jahan Ahy in New York. Ahy, an Iranian diplomat, was no stranger to the Ashram. He had visited Mother in 1969 who mentioned to him “I really like your wife” and inspired him to become instrumental in the first set-up of Auroville International. Hence Auroculture’s connection with AVI.

While living in the Ashram, she was in charge of the flowers on the Samadhi every morning and, during the years of turmoil, might bring some of this sable sacré to the Aurovilians in order to support them in their struggle. This was not always appreciated by various parties, and neither the fact that she kept planting trees in the Bharat Nivas area. Having a strong, independent and upbeat character, and totally devoted to Mother and Sri Aurobindo, Auroculture was used to do what she thought was right and never could be bothered by criticism. It was M.P. Pandit who gave her the ‘Auroculture’ name.

During this time, Auroculture also started developing her educative ‘Aurogames’, puzzles and toy-like material designed to create mathematical understanding in youngsters. For some time she worked with them at Udavi School that had just started off. Throughout the years the games have been refined in greater detail, and are presently being used and produced under the same name by TLC Maya and Paula of Transition through their Auroville ‘Kalvi’ unit.

In 1995, Auroculture made the step to come over to Auroville and became Aurovilian a year later. From then onwards she has been active as a green-finger worker & consultant in the Matrimandir gardens, endlessly picking up flowers there, and elsewhere, to combine and blend them into a wonderful flower compost used for Matrimandir and many a special other occasion. Her meditative ‘flower mandalas’ became highly appreciated decorative entities in our ceremonies, – a tradition that will live on in her name.

Auroculture started off in Aspiration, then moved to Inspiration, Arka and eventually Marika Home. Auroville will always associate her with greenery, flowers and gardens and unwavering devotion to the Work. She was ready and prepared for the great journey – our love and deepest gratitude travel with her.

One fine day after Cyclone Thane, having distinctly received my ‘calling’ I approached a friend who worked for AVHS and expressed an interest in helping with the Seniors. I was given the names of two 'senior' members of Auroville whom I should contact to see if they needed some help. Madam Auroculture, I was told, was a little bent old lady with white hair, quite a character by all accounts. Little did I know quite what a character she would turn out to be. "You can find her at the Matrimandir gardens in the morning" I was told. It was the start of an incredible journey for me as I ventured tentatively, not so fresh and mostly naive yet eager to learn and grow, onto 'the path'. It was to be my thread to connect with the Mother, my thread to connect with the Divine on another, blissful level. It was to give me much joy and it was to provide me with some valuable lessons and insights. It was to provide a link with one of the few remaining living material beings who had been in Mother's presence, had communicated with her directly, who was and still is very much connected and who dedicated her life to the task Mother set for her – to create for her a new body...a ‘New Earth’. Auroculture, with the most amazing eyes, no dots for pupils - more like little sunflowers, almost a supernova explosion! I’m so happy for you, back in Mother’s arms...and so grateful!

From Till van Dorst:

Remembering Auroculture with her special slightly hoarse voice, that had become silent in the end. So madly in Love with The Mother, as she once told me.

In her presence, I learned not to talk too much because the flower mandala’s were her meditation. We helped her pick them up at the nursery.

My very first meeting with AuroCulture was in 2001, my first visit to Auroville, together with my husband and a friend at that time. Exploring the roads around CGH and Matrimandir I came along a fence out of which gently a hand came out, offering me a most beautiful flower, along with her slightly hoarse voice: ‘Divine Love governing the world’. I was deeply touched. We three were allowed to work with her in her garden corner so close to MM. What a Grace this was!

After some years we visited again with a meditation group devoted to Sri Aurobindo and The Mother. On this occasion Auro Culture even introduced a Dutch corner.

Through AuroCulture, who emphasized the bringing out of ‘The spiritual significance of flowers’, my big love for flowers has even grown more.

Also, she offered our group the yearly Ashram calendar. My first one was a big picture of Mother [from 1954] between the flowers she handed over to the ashramites. This was such an inspiration for me that from this picture I made an embroidery work. It was such a Joy to do!

AuroCulture’s offerings [also mandala cd’s], some times eating together, the visits at her home, and one time at Marika’s home [I still picture her there] were so nice. I sent her post mail with pictures to show her my garden at home.

She has shown me that everything is Mother Divine, despite her reclining bodily health.

Dear Auro Culture, I am so happy that you crossed my path. Your footprints and love for Mother Earth remain forever. May your big journey continue in Mother’s Spirit, further and further. Just BE with Her.

Learn about the educational game for children "Aurogames" created by Auroculture: 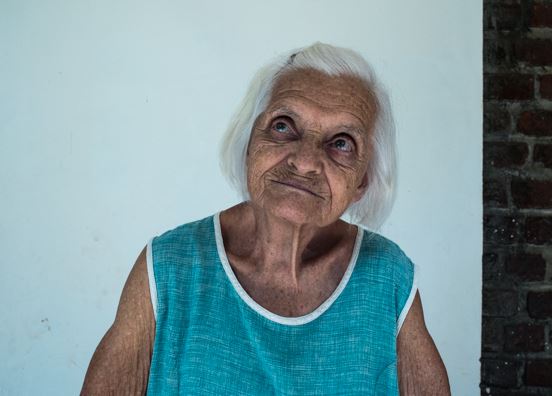 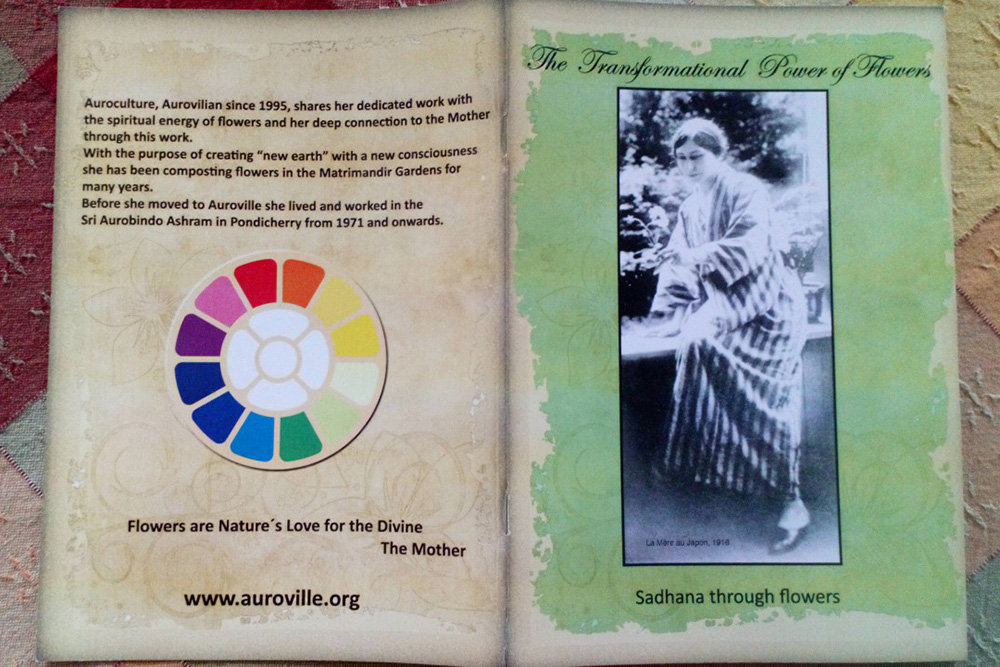 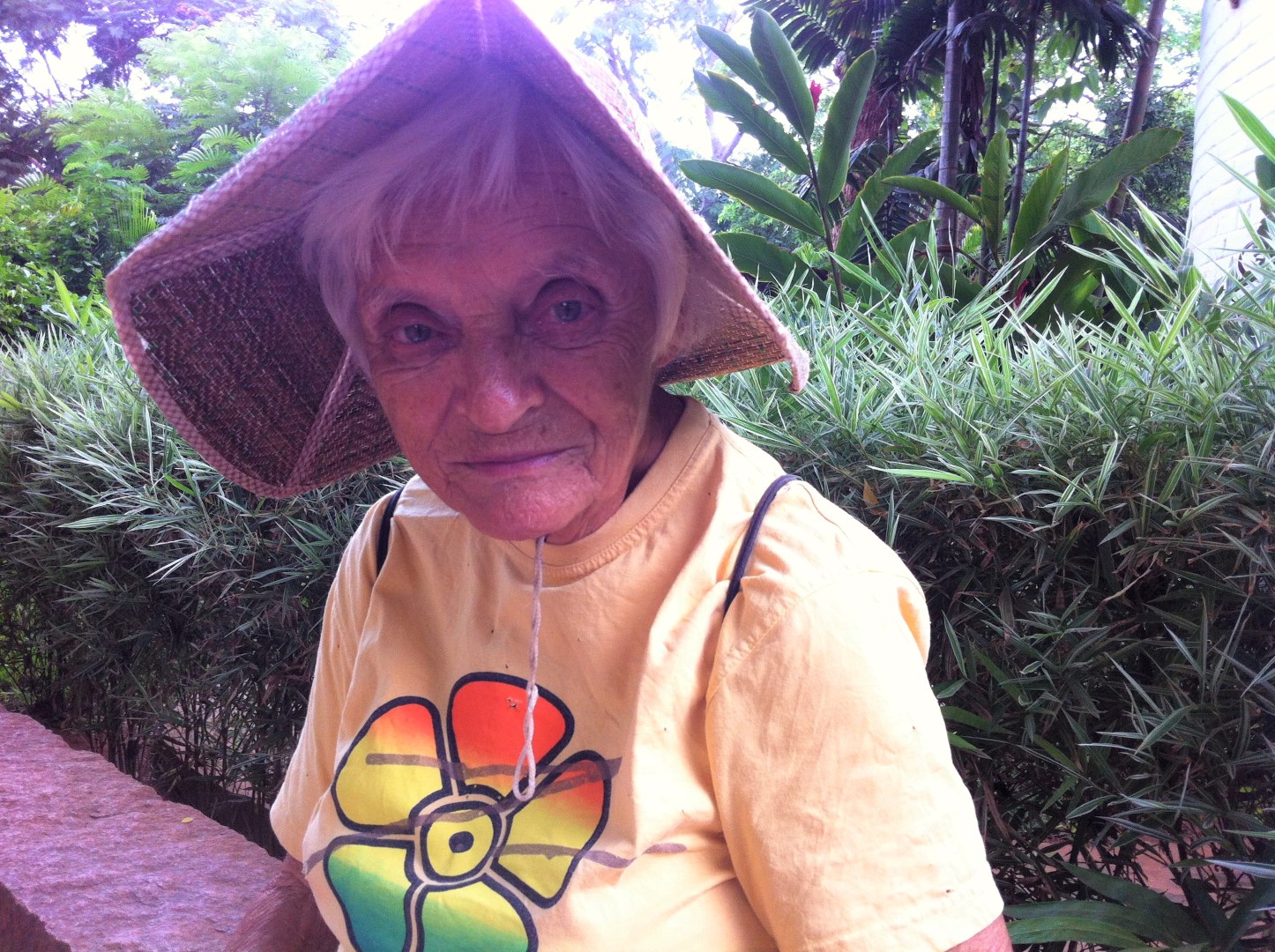 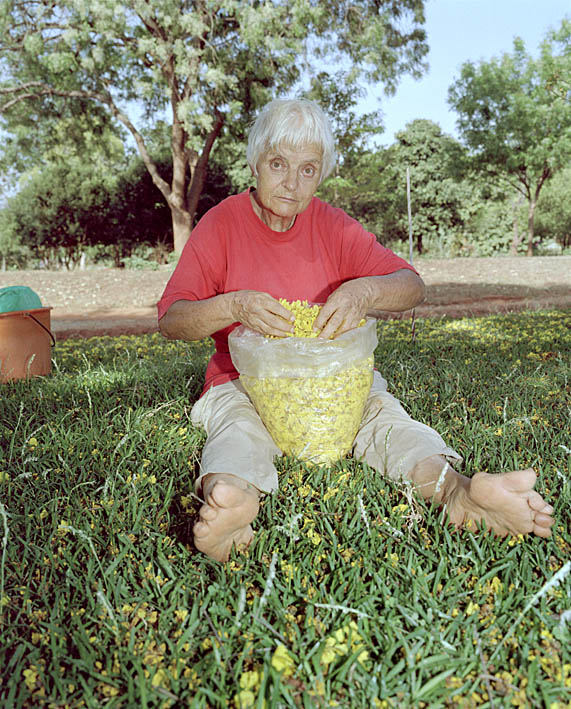 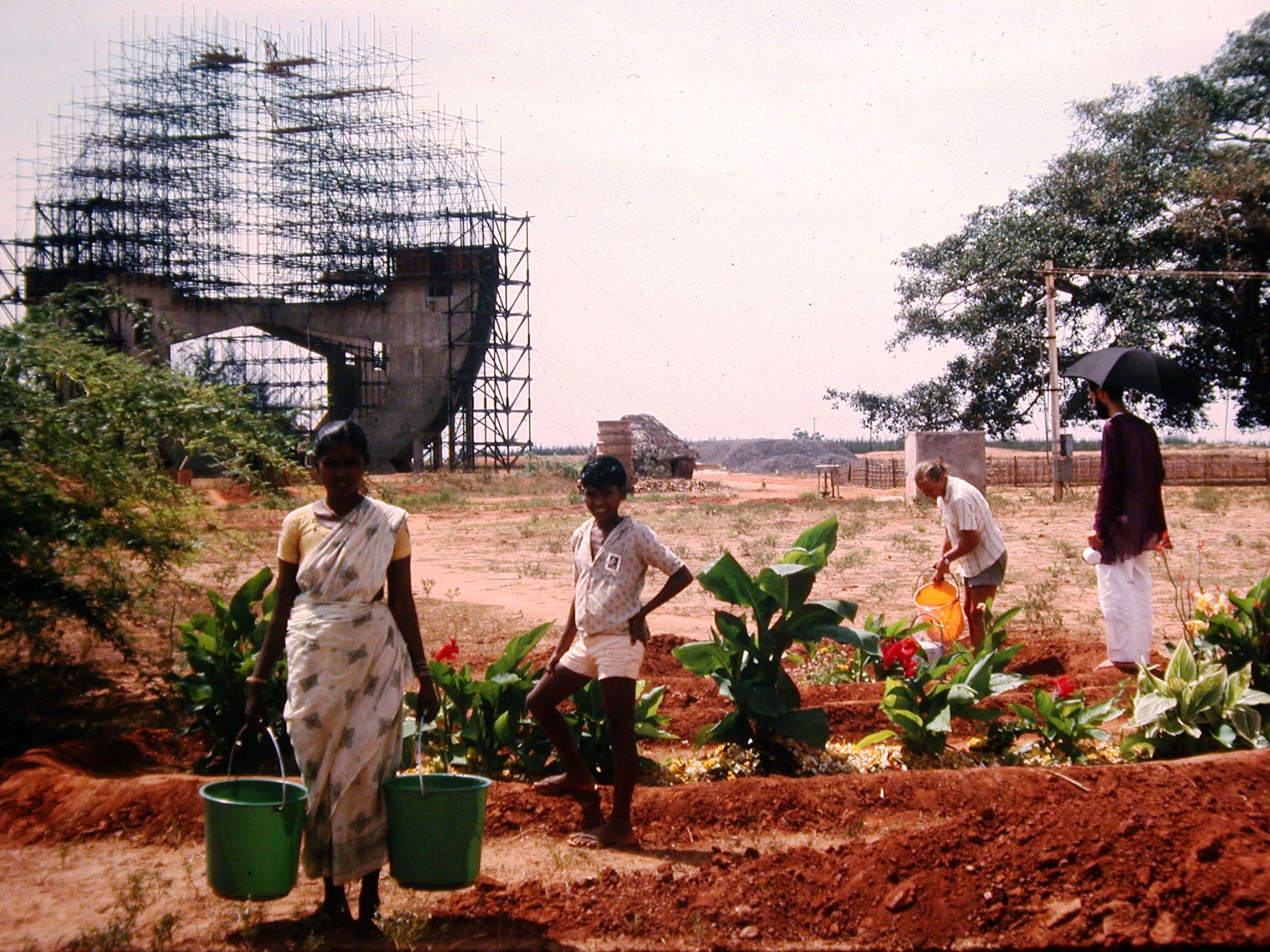 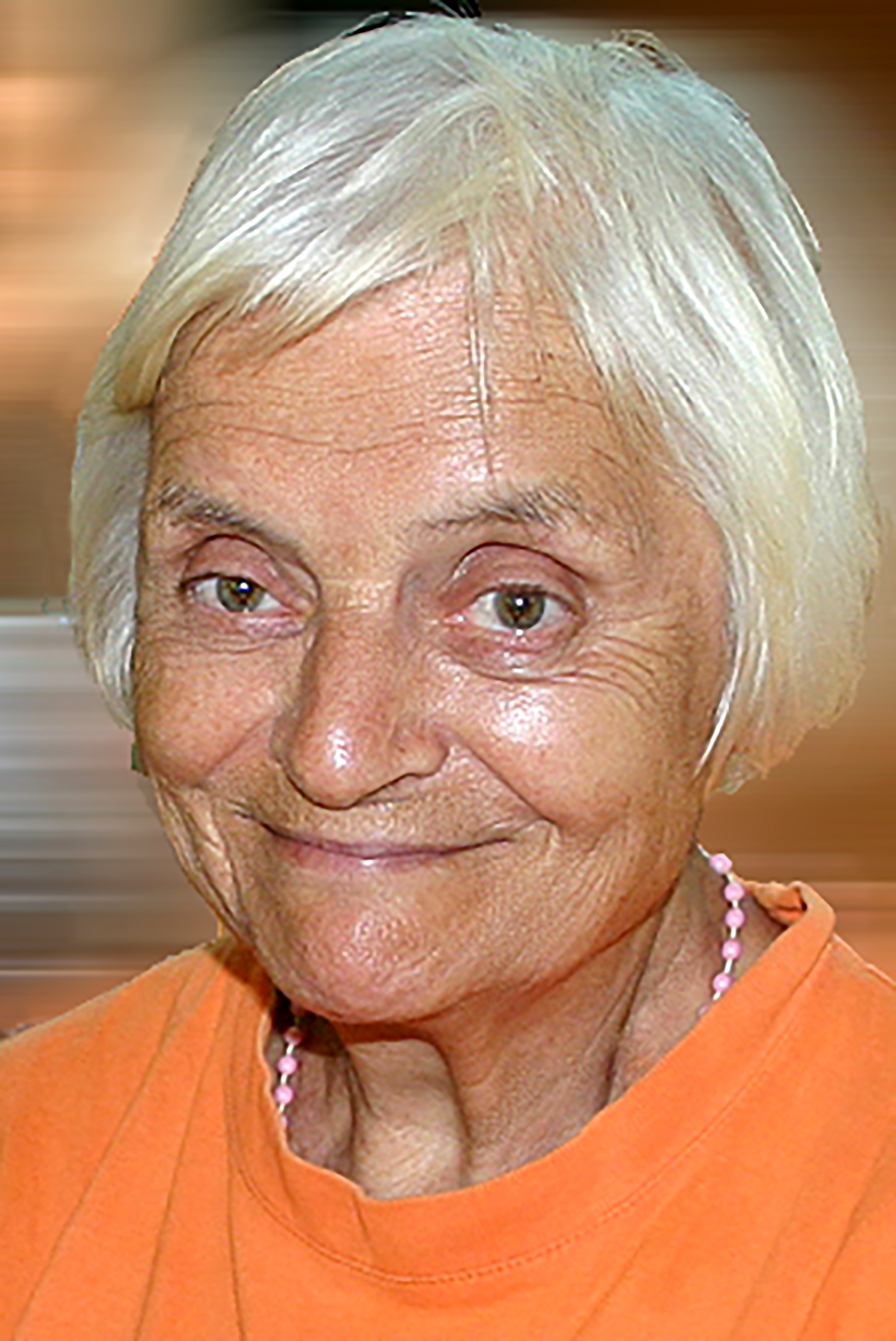