Ever Slow Green - Re-afforestation in Auroville 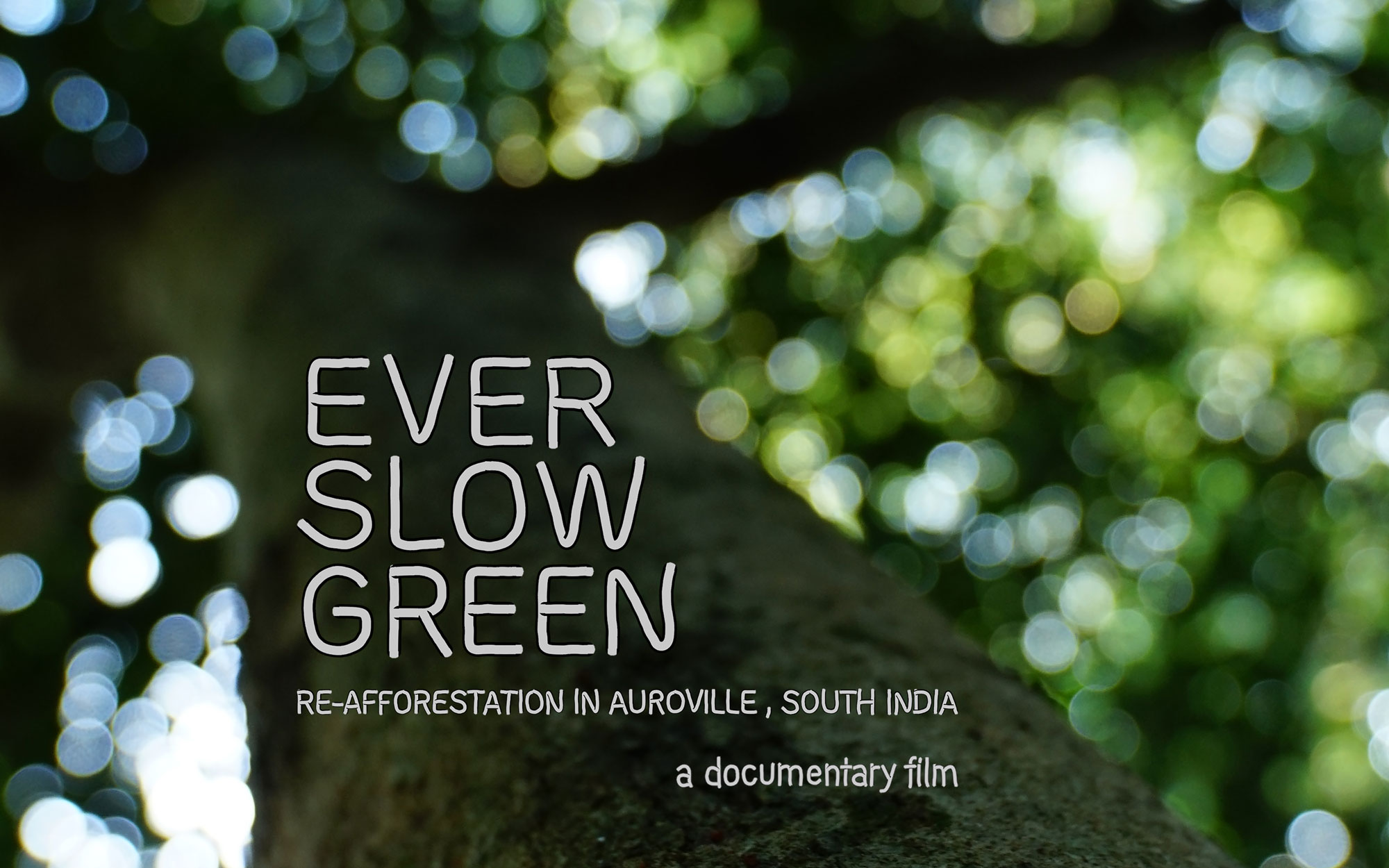 Trailer: https://www.youtube.com/watch?v=fbB8parG8PI
Aurovilian filmmaker Christoph Pohl produced and directed a feature-length documentary film called EVER SLOW GREEN - Re-afforestation in Auroville, South India.
The film tells the story of Auroville's extraordinary reforestation work carried out over the past 50 years.
Initially driven by the necessity to make the harsh conditions more liveable, the idealism of some early residents led them to develop expertise in cultivating the Tropical Dry Evergreen Forest, a rare forest type native to the coastal belt of Tamil Nadu.
Today, the lush Auroville forest is an outstanding example of eco-restoration that recreates and preserves a type of tropical forest that is on the verge of extinction.
EVER SLOW GREEN tells the story of Auroville’s 50-years-young forest through some of the diverse characters who have dedicated their lives to bringing it to fruition.
The film premiered at the Auroville Film Festival 2020 and has since been shown in more than 15 international film festivals and has received 4 awards.
EVER SLOW GREEN is available on Apple's iTunes, Google Play and Cinemapreneur.
* 30% of all revenue is donated to the Auroville Forest Group
More information on the film's website: https://www.brainfever.in/ever-slow-green/
https:www.youtube.com/embed/fbB8parG8PI
Enter the video url