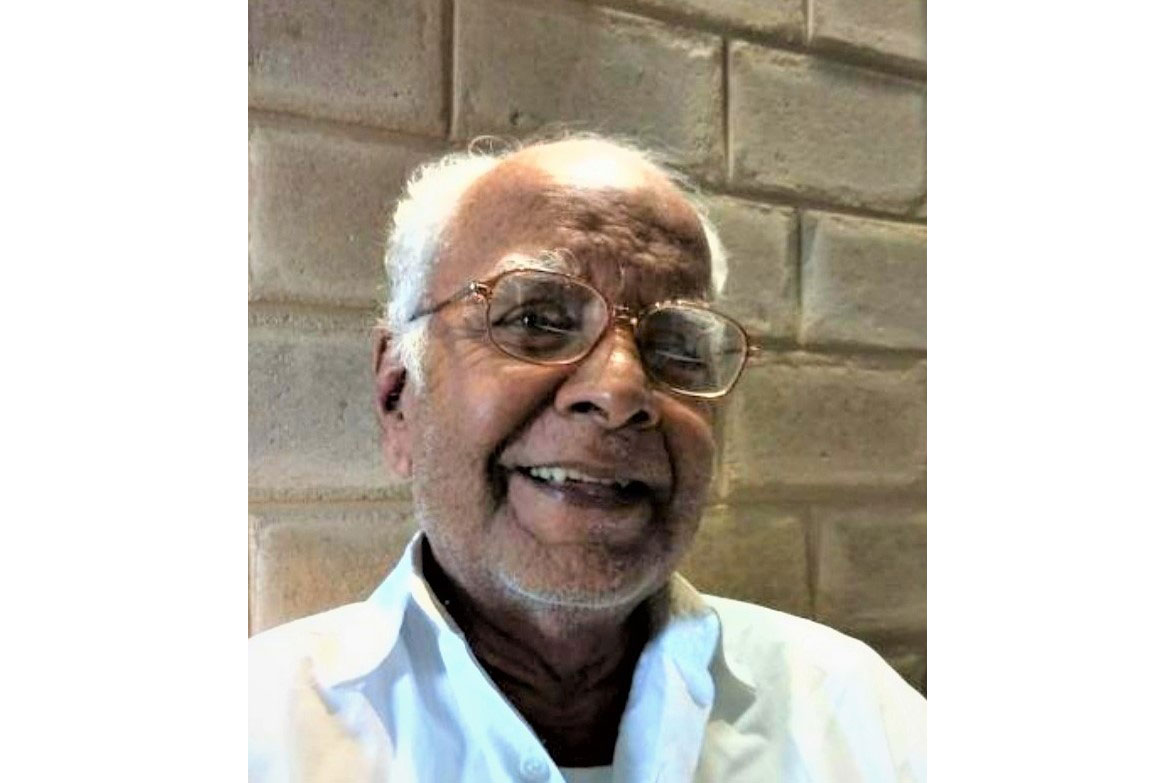 This is to inform the community that in the morning of Saturday, 1 February, our good friend and brother Subash (M.S. Subash Chandra) passed away in Mahalakshmi Home, surrounded by his AVHS caretakers and friends. He had just become 74 earlier this month and had been battling Parkinson’s disease since several years.

Born in Madurai, and after obtaining an B.E. (Electrical) at Madras University, Subash read some texts by Mother and Sri Aurobindo which deeply touched him. He travelled to Pondicherry in 1971 for Mother’s public darshan with as result that, at the age of 27, he joined Auroville in 1973 where he became part of the Last School team in Aspiration. It may have been here that his interest in education began. However, as he gradually felt the need for a more personal guidance in his spiritual development, he left Auroville at the end of ’74 to join a karma yogi elsewhere with whom he stayed for 18 years.

Having been introduced to various methods of education during that time, Subash returned to Auroville in 1994 in order to conduct a 4-months experiment with 12 kindergarten children of New Creation Bilingual (now Aikiyam) School, using the Glenn Doman Word Flash Cards method which he wanted to test on their authenticity and usefulness. This was one of the first such efforts in Auroville. It proved successful and from there he became a much-appreciated teacher at the school’s primary level.

In 1996, when Lisa left Isai Ambalam school, he was asked to take over and this became the love of his life. He continued studying and applying more alternative educational approaches, one after another, and trained the teachers to use them. At the same time, he wrote a number of papers on these various systems, bringing them to the attention of many schools in Tamil Nadu. He also conducted ‘Consecration’ and other workshops and week-ends, introducing young Aurovilians and residents in the bioregion to the teachings of Sri Aurobindo and the Mother. When several years ago the STEM Land Project started in the school, its educational direction somewhat changed, while still integrating the use of these effective innovative approaches for maximizing the learning of the students.

Subash was determined in getting education to whomever needed. He started out in a small house in New Creation, from where he moved to Isai Ambalam, then Creativity, and this last half year he remained in Mahalakshmi Home, where he bloomed up through the round-the-clock, loving attention from the residents and AVHS ladies. Many of his students will dearly miss him and pray for his good journey to the Light, and so does Auroville with love and gratitude.

Subash’s remains were taken to the Crown Road Farewell Centre and were buried on Sunday morning, 2 February, with members of his family, Isai Ambalam staff, students and friends attending.