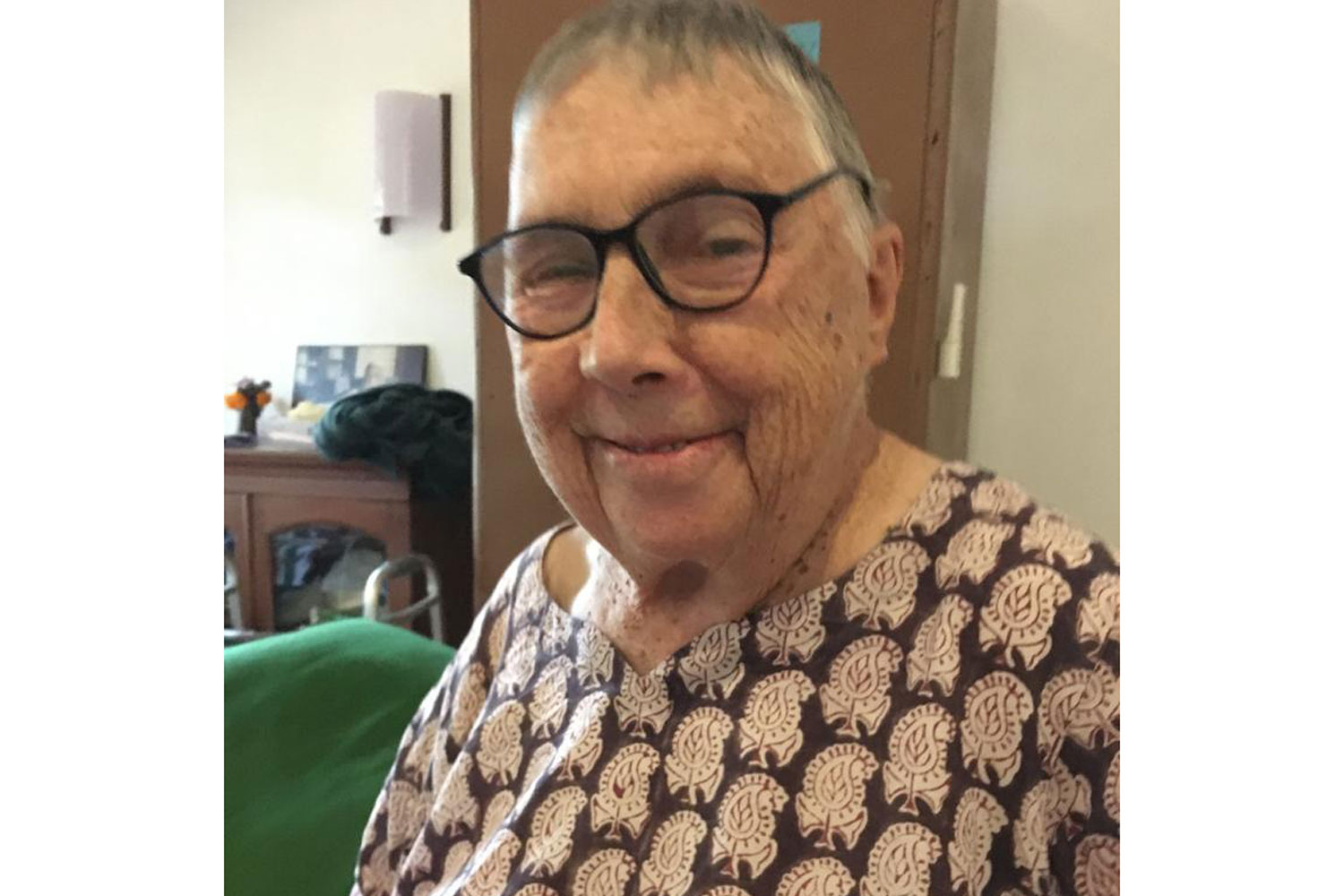 In the afternoon of Monday 17 May, long-term Dutch Aurovilian Nolly Senden, who had been taken two days before to JIPMER because of serious Covid symptoms, passed away there due to a stroke. She was 85. Since January she had been recovering in Mahalakshmi Home from a leg injury, and after she started showing symptoms and was tested positive, she was brought back to her house in Samasti, taken care of by a qualified nurses & doctor team. From there she eventually was taken to JIPMER. She had not taken any vaccination.

At the end of the eighties, Nolly started frequently coming to Pune, India, to be trained as a qualified Iyengar hatha yoga teacher, and started visiting Auroville at the same time. Having completed the study, in ’92 she came for good, just in time to make sure that the then budding Pitanga Hall was foreseen with a Yoga Hall. Thank you, Nolly! She also built a Pitanga caretaker house on the side, where she lived during several years.

From the moment the hall was ready, she would be seriously, persistently teaching hatha yoga to increasingly large groups of eager residents, at times gaining the ‘General’ nickname through her no-nonsense, commanding approach. Also, in her work as executive of SEWA, as well as in her dealing with the many workers who worked with her during the years, she would show her sternness, dedication and, at the same time empathy and compassion. After suffering a mild stroke, Nolly stopped teaching yoga and moved to Sri Ma for some five years to then eventually build her final house at the outskirts of Samasti.

During the months that she remained in Mahalakshmi Home, where she was fully taken care of and 24 hours a day attended to, this strong, no-nonsense and independent woman may have received and enjoyed the love, warmth and sympathy she may have quietly longed for.

Thank you, Nolly, for having been with us, may you be in peace. Our warmest condolences go out to her sisters and brother in Holland.