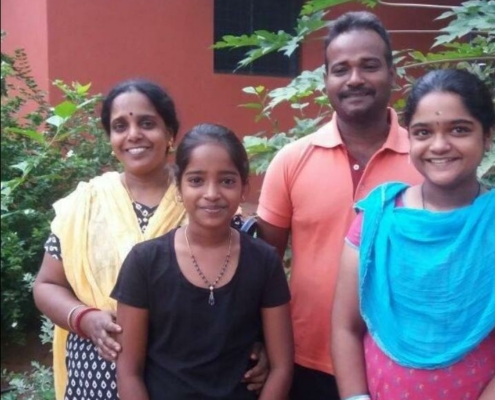 Sundar, his wife Maheshwari and their two daughters Kirthiga and Samicsha
Auroville is gradually coming to terms with the sorrow and shock of losing four of its residents.

With deep regret, we inform the community that Sundar (Sundharamurthy Murugesan), his wife Maheshwari and their two daughters Kirthiga and Samicsha died in their home in Auromodele around 14 of October 2019. This was discovered on the night of Thursday 17th.

Having come into Auroville respectively via New Creation’s and Ananda’s Fraternity Boarding, and after marriage starting out in Big Boys Boarding for some time, it was from around 2003 that Sundar and Mahesh lived as a young couple with their small children in Surya Nivas community, Auromodèle. Sundar (Sundaramoorthy Murugesan, born 1976) had originally come from Kuilyapalayam, while Mahesh (Maheshwari, born 1978) hailed from Periya Mudhaliyar Chavadi. Both felt at home in Surya Nivas, and daughters Kirthiga (born 2002) and Samichsha (born 2007) grew up with other children in the community and followed Auroville schooling with pleasure. Kirthiga had been a student at New Era Secondary School, and Samichsha attended Transition.

Always being readily available in Surya Nivas for maintenance work, and also being a badminton player and teacher, Sundar’s main work was with Auroville’s Dental Clinic where he worked as technician, general assistant and overall handyman. While Mahesh in her younger years was an ardent basketball player, as a mother she was more reserved, meticulously taking care of her daughters’ appearance and wellbeing. For more than 20 years her day job was at Solar Kitchen, where she was one of the Aurovilians taking care of the fresh salads that needed to be prepared for the daily lunch. She is remembered as a regular, reliable worker.

Around 2011 the family built a house at the other side of Auromodèle and has been living there ever since, while continuing their lives as contributing residents and their daughters growing into lively teenagers.

Now they are no more. It was reported that there were financial problems but, whatever karma prompted their sudden demise, they will be remembered and honoured for their contribution to Auroville’s growth.

In the late afternoon of 18 October, the four bodies were buried at Auroville’s funeral grounds near Adventure with many attending. After members of their families and many close friends gave way to their grief and sorrow, a silence came down on the flower-covered graves, and prayers for our four friends could take shape and ascend with the gently flowing incense.

Our heartfelt love and condolences go out to the parents, brothers, sisters and other family members of Sundar and Mahesh, for whom this is an unspeakable loss. May you find peace. 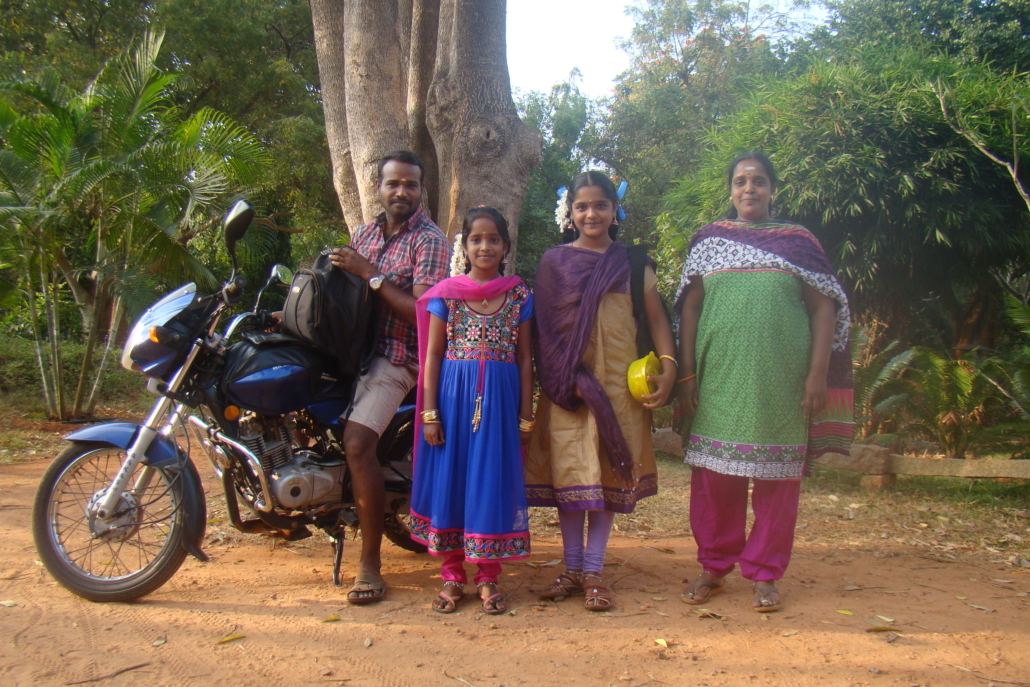