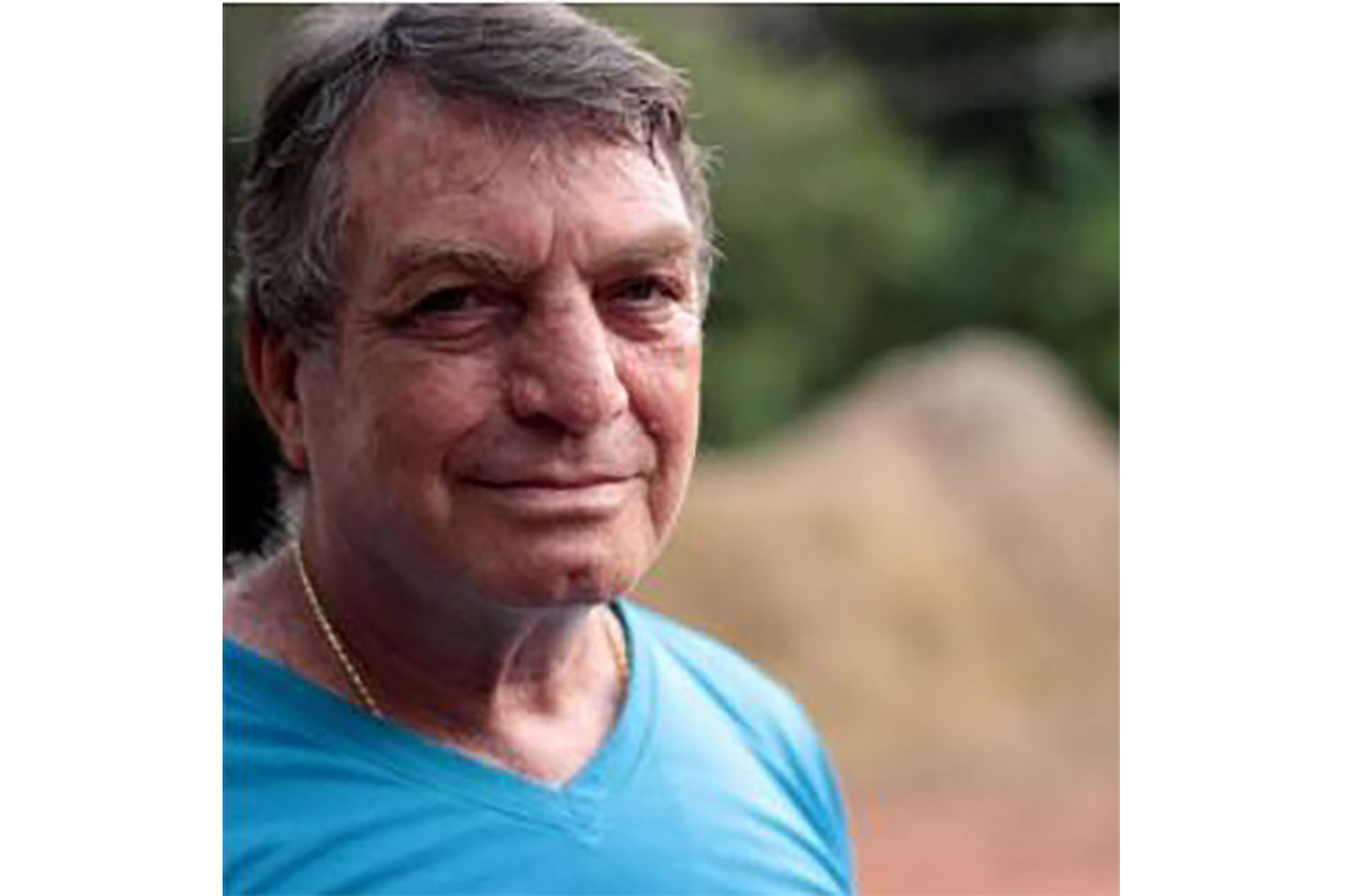 Born in Tunis, Tunisia, on the 4th October 1946, Bernard Borg moved in 1961 with his family to Marseille, in France, while he was still a young boy of 15. He was a French “pieds noirs” (black feet) as repatriated people from Tunisia, Algeria or Morocco used to be called. In Marseille, he studied for a few years at the school of the Beaux Arts, and he always kept alive a strong aspiration for beauty and art.

Early 1969, he left Marseille for India with his wife, Claude, to be part of the great adventure of Auroville. They arrived in Pondicherry in March and went to live in Promesse where Aurokali was born a few months later. Then they shifted to Pondicherry and worked at Kali Guest House while teaching in the Ashram school. It wasn't Bernard's idea to be in the Ashram and it did not suit his restless and undisciplined temperament. Nevertheless, it gave him the wonderful opportunity to meet The Mother every Wednesday.

At the end of 1972, Mother asked Bernard to shift to Auroville. About him she remarked: "We have been severe to this man, don’t you find a change in him? I feel that there is an aspiration in him." And that's how Bernard, Claude and Kali finally moved to the storeroom of Auroson’s home, in Certitude, turning it into a nice little house. During this time, Bernard started extracting pebbles behind Promesse for the construction of Auroville.

After a year, the family moved to Aspiration. While there, Bernard bought a lorry and a tractor to transport materials for the construction of Matrimandir. Possessing only basic English, he also did some fund raising in India with Alain Bernard. A very funny idea and a good experience! But it is through these attempts, these impulses and actions that we learn the only indispensable thing: how to stay tuned to the “Mother”s frequency”.

In the meantime, in 1974, a second little girl had arrived, Aurokripa, born in a hut in Aspiration.

A few years later, on the 29th May 1976, what should have remained a splendid joke, an unbridled act of youngsters—the event of the taking over of Navajata's “Aspiration Hut” turned badly: eight Aurovilians found themselves in prison the same evening, taken away like criminals by armed police.

Bernard was one of them, of course. Auroville was shaken, divided, violently bruised at times, but after the intervention of the Central Government, freed in large part from the power of the Agency that was supposed to protect it, Auroville continued its path.

Bernard remained very present during these years. The graft had taken well. But other trials were to come, one after another, like waves in a storm.

It was Satprem, a brother who helped so many willing Aurovilians to keep their eyes on Mother. He was the one who wiped out the bulk of the storm. And then, again, time passed, the difficulties took another form... the Administration, for the new status of Auroville was not Bernard’s strong point.

From Aspiration, they moved to Auromodèle. There, Bernard had several cows and started a little farm. Claude planted, planted and planted overturned badly: 50 000 trees in Auromodèle area. Many of the big trees today are standing straight, witnessing the labour of that time.

In 1976, they moved to a chosen piece of land near Certitude, between Pitchandikulam and the construction site of the Matrimandir. Bernard named it Sharnga, the name of Krishna’s bow which never misses its target.

The family moved on the land in a rudimentary shed. Satprem came several times to Sharnga to visit Bernard, Claude and the little Kali and Kripa.

The house to be built was designed in jail by Bernard and Jean Pougault. The structure of the roof was built in Toujours Mieux, Aspiration, and carried across the fields by foot from there to Sharnga by 50 men. That was really another time...

During these years, the struggle to secure Auroville continued, there was to be another arrest of a much larger group of people gathered around the Banyan Tree, who were kept in custody for a few days in Villupuram jailhouse. Bernard, of course, was again part of them.

One can only remember a few of the projects that took place in Sharnga because Bernard was not short of daring dreams! In the early days, he set out to produce tomatoes for Pour Tous. He grew them under large nets, but the heat was too much. The next project was a dairy. It is not clear how long it lasted, but one day the cows left Sharnga to form the start of an Aspiration Farm.

Soon after, Bernard started his most useless project, the most ambitious, the most difficult, but the most aesthetic. He fell in love with a horse called Ashwa. He decided to breed and raise thoroughbred horses destined to race in Chennai, Bangalore, Mumbai... The horses were beautiful, they needed fresh rain, drizzle, soft ground and tender grass. But Auroville could not compete with Normandy, everything had to be created artificially. It was an endless, colossal job, against a nature more favorable to the goats and the small cows of Tamil-Nadu. But the horses were beautiful… The dream was stronger than the hurdles.

Land was bought, the farm grew, water ponds, grazing fields, training tracks were built and Sharnga expanded. As the community grew, grazing fields were transformed into residential houses. Finally, in 1993, the horse breeding activity exhausted itself, and the stables were transformed to welcome Newcomers. So many Aurovilians came for the first time to Auroville and got hooked, connected, touched, while living in Sharnga.

Meanwhile, Bernard had a new family, a third little girl was born to him and Sigrid, his new partner. Mirrabelle was born in 1995 and the area slowly grew into the beautiful lush guest house we know today. Bernard’s life went on with another wife, Shanti and her daughter, Saoumya, that he took in.

So many remember Bernard's character, with the generosity of a heart bigger than words can express, a very strong vitality, loving to provoke, shout, extremely sensitive and always expecting the best from people. He was totally in love with Mother. He had given himself to her, and was completely devoted to her Dream.

Pioneer, artist, creator, builder, he worked with an inexhaustible energy, walking and pacing Sharnga all day, all night, doing, following, having everything under his scrutiny and control. When he would sit with his guests and friends for dinner he would entirely open up, share and communicate something of the essential with the people in front of him and many have been moved, called, and connected with The Mother through him. He had the gift not to judge, and he believed in people when everybody else had given up on them.

The last months of his life demonstrated the love, devotion and surrender he had for Her. In full trust, and as Her son, he gave himself back to Her.

The night before his last day he felt an intense well being and, a few hours later, peacefully left us with a deep breath on the 28th of November 2021 at 5:20 pm. 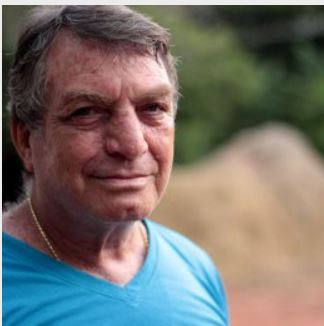 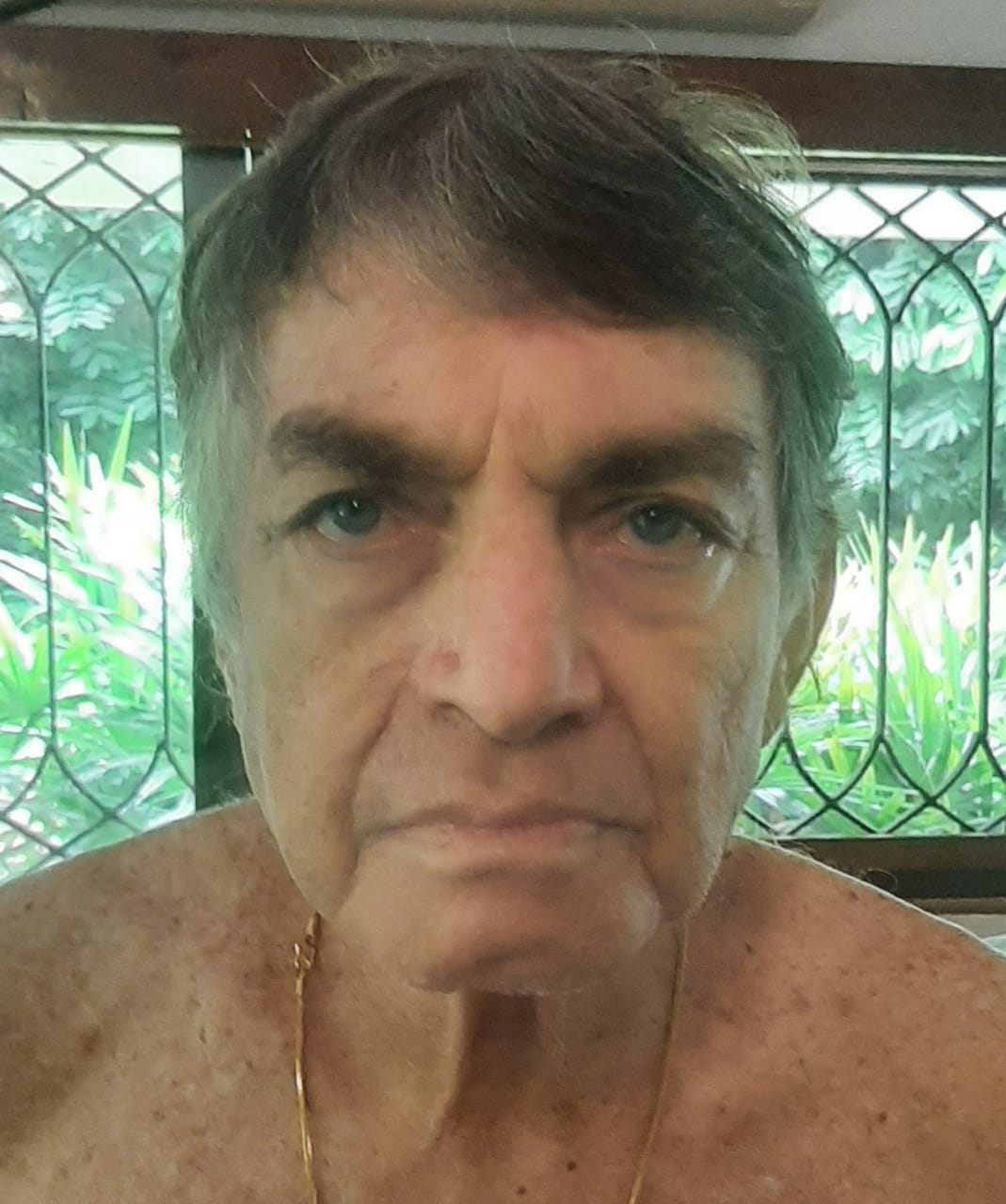