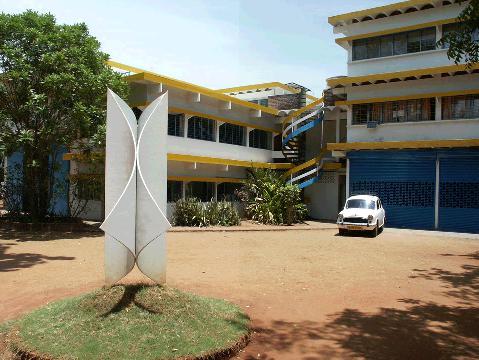 Auroville Centre for Scientific Research (CSR) is an international voluntary organisation working towards a sustainable future in the field of renewable energy systems (wind, solar, biomass), appropriate architecture & building technologies, waste water recycling and sanitation, and the transfer of these technologies through training programmes.

CSR was founded on January 6th, 1984. After the Indian Parliament passed the 'Auroville Foundation Act' in 1988, the assets of CSR were transferred to an autonomous institution, the Auroville Foundation. From April 1998 CSR was registered under two trusts, one for its research activities, Auroville Centre for Scientific Research, the other for its commercial activities, Aurore Trust.

CSR has an international staff of 10 full-time qualified persons, supported by a permanent work force of 25 people.

CSR receives grants and donations for its programmes and research projects from Indian and foreign governmental and non-governmental agencies, and from well-wishers worldwide. All donations from Indian citizens to CSR are 50 % tax exempted under section 80 (G) of the Income Tax Act.

1992: Hassan Fathy International Award for Architecture for the Poor from the Society for the Revival of Planning and Architectural Heritage, Cairo , Egypt , for the construction of the Auroville Visitors' Centre, where cost-effective earth and ferrocement technologies have been applied in a public building.

1995: Outstanding Performance Award for the Best Building Centre through Housing and Urban Development Corporation (HUDCO), New Delhi, from the Ministry of Urban Development and Poverty Alleviation, Government of India. The Auroville Building Centre forms part of a network of 550 building centres set up by HUDCO all over India for the promotion of appropriate building technologies.

1996: Outstanding Performance Award for the Best Building Centre through Housing and Urban Development Corporation (HUDCO), New Delhi, from the Ministry of Urban Development and Poverty Alleviation, Government of India.

1997: The Auroville Centre for Scientific Research was nominated Best NGO in the Renewable Energy Sector in India by the Indian Renewable Energy Development Agency (IREDA), New Delhi , on the occasion of its "Decade of Service" celebrations.

1999: WHO, Geneva , chose CSR as one of the three training centres in the world to conduct international courses for environmental protection through refrigerant management and solar solutions.

2003: The Kindergarten, situated at Centre Field received the Honors Award 2003 from the "Design Share Awards", California , under the "innovative school designs in the world"

2004 : Aurore (the sister trust of CSR) receives the Ashden Award for sustainable energy.