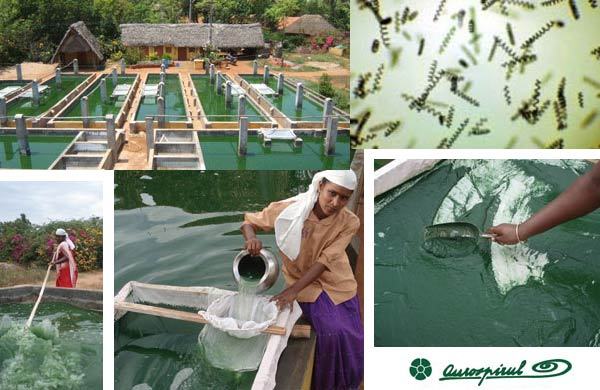 Since 1997,Simplicity Spirulina Farm is growing spirulina for consumption in Auroville itself and also for sale outside. The farm is situated alongside the Bay of Bengal . It produces high quality spirulina, grown by simple eco-friendly methods made possible by the highly alkaline PH level of the spirulina culture, without the use of herbicides or pesticides or other materials harmful to the environment. The spirulina is sun-dried, which gives it a special energy and a wonderful taste. In its World Food Conference of 1974, the United Nations lauded spirulina as being possibly “the best food for the future”.

The whole process of assimilation which weighs you down - this occupies so much of a person's time and energy - that should be done beforehand, and then one should be given something which is immediately assimilable, like what they are doing now with vitamin pills and proteins which can be assimilated directly, nutrition basics which are found in one thing or another and which are not bulky.

Spirulina is a tiny blue-green algae in the shape of a perfect spiral coil. Biologically speaking, it is one of the oldest inhabitants of the planet. Its scientific name is Arthrospira Plantensis.

Appearing 3.6 billion years ago, it provided an evolutionary bridge between bacteria and green plants. This water plant has renewed itself for billions of years and has nourished many cultures throughout history, in Africa, in the Middle East and in the Americas.

Spirulina grows naturally in mineral-rich alkaline lakes which can be found on every continent, often near volcanoes. The largest concentrations of spirulina today can be found at Lake Texcoco in Mexico, around Lake Chad in Central Africa and along the Great Rift Valley in east Africa. Since its re-discovery in the 1960s, spirulina has been exhaustively and extensively tested by scientists around the world, and is found to be the most powerful and well-balanced source of nutrition available on the planet.

Spirulina is called a super food because its nutrient content is more potent than any other food. Many of the essential nutrients needed by our bodies are concentrated in spirulina. It is comprised of at least 60% all-vegetable protein, essential vitamins and phytonutrients such as the rare essential fatty acid GLA, sulfolipids, glycolipids and polysaccharides. 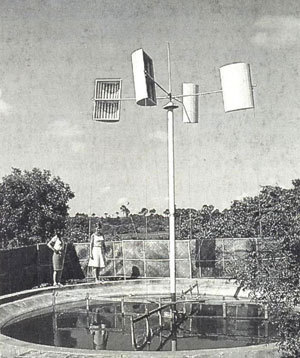 Already in the 1970s, Aurovilians Bob and Deborah Lawlor started a small scale algae farm in Auroville's Success community with a mixture of green algae, mostly chlorella and scenedesmus. In their attempts at growing spirulina, they found that after a few weeks indigenous varieties of the chlorella species outgrew and replaced the original strain.

Although their project was very basic and operated with simple means, it was one of the first experimental spirulina farms worldwide, and even now is considered to have been of great value. So much so, that it is mentioned in the books written by Ripley D. Fox (the spirulina pioneer for the last decades).
Another Aurovilian, old-timer Jim De Vries, was experimenting with chlorella farming at La Ferme around 1978. Jim used to pump the water with chlorella onto the rooftops of the buildings around the ponds (where nowadays the Auroville Cheese unit is located).

In the beginning of the 1990s, the late Swiss Bonaventura Chanson founded Simplicity with the vision of starting a spirulina farm there. He collected a lot of info and did various laboratory scale experiments pertaining to spirulina production.

Bonaventure also introduced spirulina for consumption within the community. After Bonaventura’s passing, Aurovilian Hendrik van Poederooijen (from the Netherlands) who presently runs the farm, decided together with Tejas Joseph to make Bonaventura’s vision of a Spirulina farm in Auroville come true, and started the project with an interest-free loan given to the project by the Auroville Health Centre. Having been located near the beach for years, in February 2008 the foundation stone was laid for the new Simplicity Spirulina Farm at Windarra community in Auroville’s Green Belt. In the meantime, Aurospirul has established itself as a well-known brand of high quality spirulina from Auroville.

Why spirulina in Auroville?

It is but natural that the “best food for the future“ would be cultivated in the ”City of the Future”. Moreover, the hot tropical climate in Tamil Nadu, south India, is perfect for spirulina cultivation. So much so that some strains of spirulina can be found naturally growing there. And indeed, spirulina appears to be the ultimate source of nutrition available to mankind today. As stated by NASA:"The Nutritional value of 1kg spirulina is equivalent to 1,000kgs of assorted fruits and vegetables".

In order to produce 1 kg of spirulina very little water is needed (the only significant loss is through evaporation) and even brackish or alkaline water, unsuitable for agriculture, can be used. Growing spirulina also requires very little surface area of land, with the further advantage that the land can be marginal, unusable and non-fertile. Spirulina protein uses 1/3 of the amount of water needed to grow soybeans and only 1/50th of the water needed for beef protein. Spirulina protein needs 20 times less land than soybeans and 200 times less than is required for beef production. Spirulina can help in the struggle with global warming as it fixes carbon and produces oxygen.

Perhaps the best feature of spirulina is that its nutrients are very well assimilated by the body, since it contains no cellulose in its cell walls. Spirulina is a low fat, low calorie, cholesterol-free source of protein containing all the essential amino acids. It helps combat problems like diabetes, anaemia and atmospheric pollution. It also helps combat 'free radicals' which can lead to ailments like cancer, arthritis, cataracts. Moreover, the gama linolic acid (GLA) present in spirulina dissolves fat deposits, helps prevent heart problems and reduces 'bad cholesterol'. As if this wasn't enough, the National Cancer Institute, USA, has additionally announced that sulfolipids in spirulina are remarkably active against the AIDS virus. Regular intake of spirulina increases anti-viral activity, stimulates the immune system, reduces kidney toxicity, improves wound healing and reduces radiation sickness.

How to take spirulina

Spirulina is a perfectly safe natural food which provides quick energy and nourishment. The recommended daily intake is 1-5 grams, but if you feel like consuming more, go ahead. Spirulina powder can be added to fruit or vegetable juices or to dishes to enhance nutritional content. It is tasty in soups, salads, pasta, or mixed with yoghurt.

Spirulina Crunchy is nice to eat as a snack or as a seasoning on your dishes, bread or salads, only avoid cooking it as a lot of nutrients (esp. vitamins) will get lost that way. Special tip: make a fresh lemon juice (or use lemon syrup), add a teaspoon of spirulina, stir well and drink it straight away.

The vitamin C of the lemon (spirulina doesn't contain vitamin C) will help with absorbing the nutrients.. Spirulina capsules (vegetarian) and tablets are convenient to take at any time of the day. 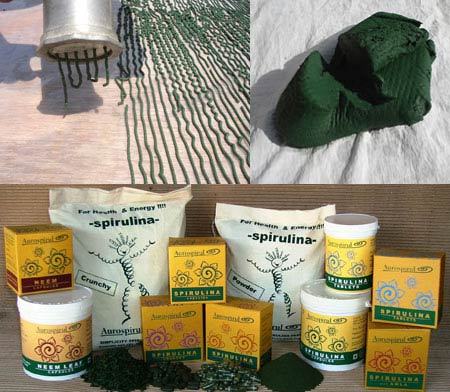 Or better still, come and check out in person!

Please feel free to visit the farm at any time, on your visit to Auroville. 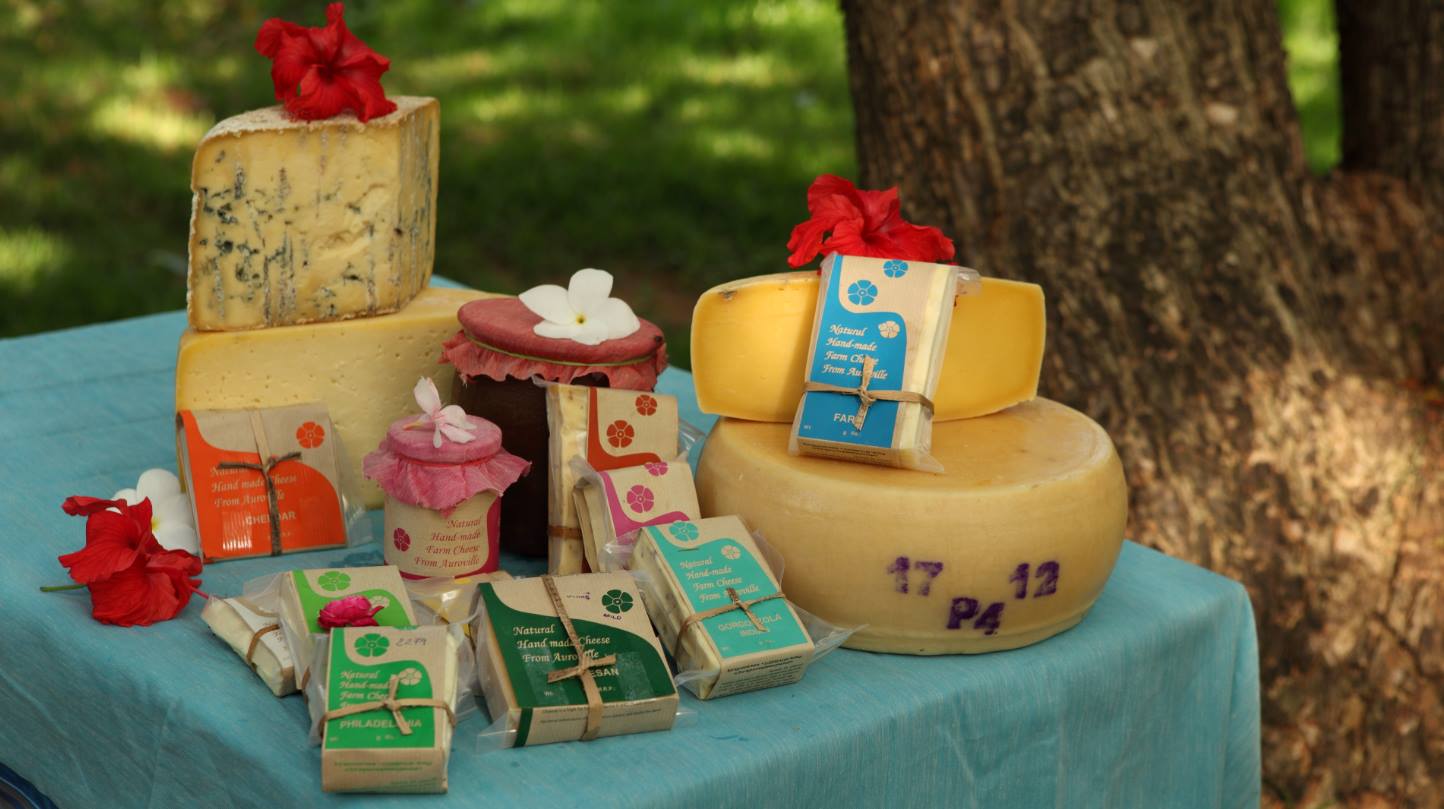 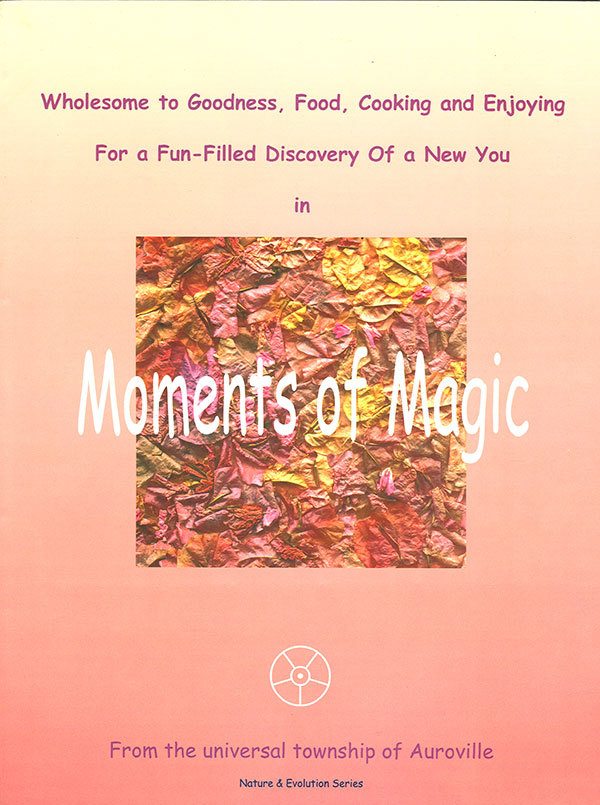 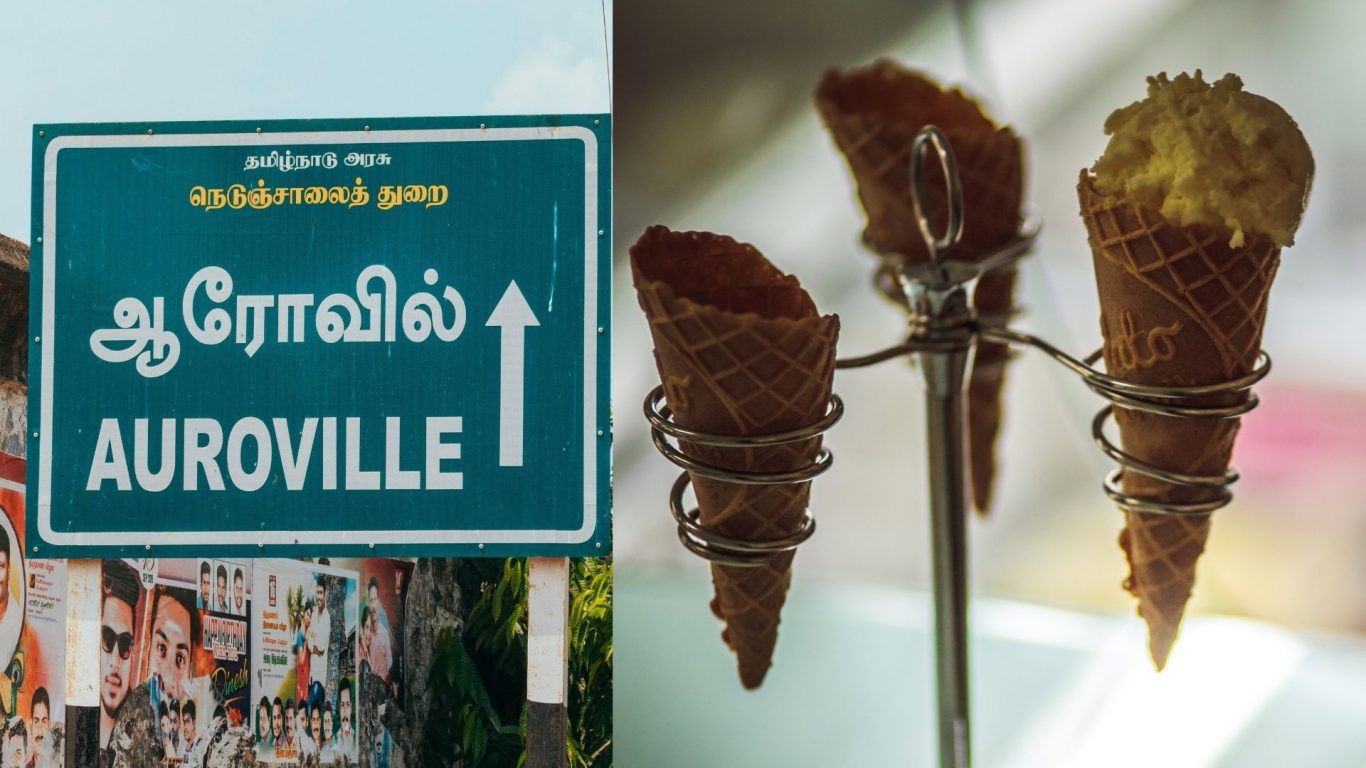